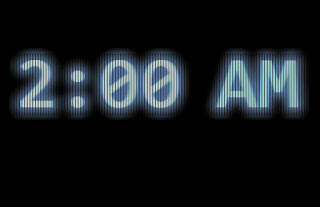 Those words stuck to Theo’s brain, a school-boy song he sang when he and his brothers were playing basketball in the neighborhood.  It was a catchy tune, one that made them dance and show off for the girls in the street.  He looked out the window now, the basketball courts were dark now and all but the junkies had gone home.  The street was lit by three lights; the lamp on the north-east corner of Zerega Avenue had been broken for weeks now.

Celia had been gone since four to visit her sister in Brooklyn; it was now close to two a.m.  Theo thought of going down to Lorraine’s to see if she was closing the bar again, but the kids were asleep in the next room and it was Friday night and this was, after all, Castle Hill.

Pacing back and forth in the front room wasn’t working; the television was filled with junk.  Where was she?  She promised she was finished with alcohol, but Theo knew it was all lies.  He noticed the scarlet threads in her eyes when she actually made eye contact with him.  She accused him of being her parole officer, a reference to his own stint in prison.  There was no winning living with an addict; he was bound to fail, no matter what he did.

She promised she’d changed the last time he caught her with Henry, their building super.  He had come home to find them on the couch, kissing and pawing each other like sixteen-year-olds.  A bottle of brandy was on the coffee table next to them.  They scattered like cockroaches when Theo overturned the table, sending the bottle, the ashtray and the TV remotes flying over their heads.

The incident was followed by weeks of tears; Celia begging to be forgiven and promising to go to AA meetings.  Theo stewed.  In a moment of weakness he let his guard down and she did it again. He knew better than to trust her.  Love her, yes.  Want her, yes.  Make love to her, yes.  Trust her?  Never again.

He put his cell phone on the charger by the sink.  He noticed that he hadn’t done the dinner dishes.  He  filled the dishpan with warm water and suds and wiped them down carefully.  He glanced back at the wall clock.

There was a noise in the hallway.  He stopped what he was doing to listen.  It was Mrs. Craft and her son, returning from the Donner St. Church prayer meeting.  He heard them make themselves at home next door; the walls were paper thin.  They were trying to be quiet, but Theo almost told them not to bother.

After the dishes, Theo remembered the front room’s dirty ceiling fan he had been noticing all week.  He took a kitchen chair and put it underneath, returning to kitchen for the dishpan.  It still had plenty of sudsy water.  He dipped the dishrag in the suds, wrung it out and began wiping weeks of grime from the paddles.

Celia was never much of a housekeeper, but lately she hadn’t cleaned anything at all.  When he met her she was an effervescent church-going girl who could sing.  She was the prettiest girl he had ever seen, energetic and funny.  He fell in love with her and she knew it; she thought he was nice and stable.  Somewhere along the line, she decided that it would be good if they married.  He thought he was the luckiest man in the world.

The stairs creaked.  He stopped wiping the ceiling fan and listened closely.  The jingle of her keys.  He stepped off the chair and watched the doorknob turn slowly, the door creak open.  She looked in carefully and saw him, standing in the middle of the front room with a dishpan in one hand and a rag in the other.

“Why aren’t you answering your phone?” she half-shouted at him.  Her green dress clung to her tiny waist, the hem swayed merrily as she threw her purse down on the couch.

Theo suppressed the urge to throw the dirty water at her.  He assessed her condition.  Was she drunk?

“What are you talking about?” he yelled. "I been waiting on you all night!"

“I been calling you!  I witnessed a robbery and I been at the police station!”

Confused and angry, Theo marched into the kitchen, threw the dishpan in to the sink, its greasy water splashing up and soaking the edge of the curtains. He picked up his phone, and saw a missed call from Celia.

After unlocking it, it turned back to her.

“That’s right, I called you!”  Celia had followed him and was now standing, hands on her hips and raging mad.  “How am I supposed to get home?  Walk?”

Theo looked at the call details.  Celia had just called him ten minutes ago at 2:30.  He must have been cleaning the ceiling fan.

“You called ten minutes ago,” Theo stared blankly at her.  His anger had left him; he was now plotting.  How could he get her to move out of their apartment?  She would never agree to leave the children in his custody; it would be a big legal fight that neither of them could afford.

“Well?” She stood in front of him, expecting some kind of fight.  It was the way she did things; the way they had done things for ten years.  Fights were now their only intimate times.  Theo looked at her and realized it was over.

He was walking to his bedroom when he heard her, raging and swearing. He should have married an ugly girl; he knew the song was right.
Posted by Brazen Princess at 5:38 PM

Email ThisBlogThis!Share to TwitterShare to FacebookShare to Pinterest
Labels: clock series, dangerous addictions, help, if you want to be happy, loving an addict