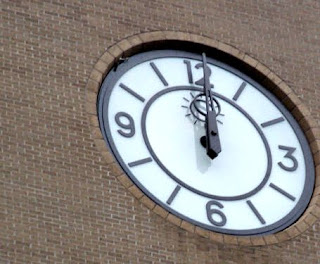 Michele loved the mid day rush of shoppers, coming through her line with a pre-made sandwich or salad.  She was challenged by the pace; most folks were in a hurry to get back to whatever dull job they did for a living.  When she first started working at the Safeway, she wanted to be one of the check-out clerks that had something spectacular to say to every single person that came through her line, since she loved people and appreciated them deeply.  That was thirty years ago, back when the SKU label was being introduced.  She was hired in a time of newness and fresh paint, back when the Safeway was the only grocery store for two miles.  It was before the Whole Foods moved in across the street; before the self-check-out lines threatened to put her out of a job.

Michele smiled at each customer, but the majority of them didn’t notice, paying with plastic and never asking her how she was doing or how her day was.

“Do you need stamps or…”

“No, thanks,” they’d say, grabbing the ends of their plastic bags and walking toward the automatic doors.  No wonder the self-check was so popular!  She was being phased out by computers because people saw her as unnecessary.

There were some regulars who loved her and appreciated her spirit.  Renee was a young mother with two boys who always seemed to be happy about something.  Michele suspected her to be a Christian, which was her own reason for happiness, but she never asked.  There was Adele, the large Romanian woman with six kids who relied on Michelle’s advice and directions.  Paul worked next door at the ReMax, and loved to tell her that she was beautiful.  Gary and Sam were a gay couple who she laughed with about random trivia: the travel time of cauliflower, their favorite way to eat ice cream, their love of Redbox.

Those were the people who made life worth living; those were her favorite customers who valued her and looked for her each time they checked out.  Over the years she had many such customers; they were getting fewer and fewer.

One day, as Michele stood behind the counter, waiting for the rush to begin, a beautiful but sad looking woman dressed in hospital scrubs approached placed an armload of items on the belt:  Q-tips, shampoo, conditioner, lotion and cotton balls.  Michelle smiled at the woman when she looked up.

“Hi! How are you doing today?”

The woman tried to smile, but her reddened eyes betrayed sleeplessness.  As Michelle scanned her items, the woman sighed heavily.

The woman looked down at her items and back up at Michelle.  “That’s what I came in for.  Why didn’t I get food?”

The nurse looked over at the deli and then at her watch.   “Can I go get some and then I’ll be right back?”

“You bet,” Michelle said, putting the bagged items to the side and holding the order.  “You won’t even have to stand in line, just come right here.”

The woman moved slowly toward the deli.  A man dressed in a business suit took her place at the keypad.

“How are you today?” Michelle asked him; there was no answer.  She scanned his sandwich, pickles and diet Dr. Pepper.  “Four dollars and eleven cents, please.”

The man scanned his card and grabbed his bag.  Without a word, he bolted for the doors.

After him, an overweight woman and her mother stepped up, quarreling about who was going to pay for their purchases.  “I bought lunch, you get this,” the daughter said.

“No!  I came with you to do errands, not pay for your groceries.”

“Fine.”  She pushed past her mother to the keypad and scanned her card.  Michelle waited nervously for the receipt, by the time it printed, the women had taken their bag and left.

After fifteen minutes, Michelle shut off her light.  She heard a collective groan from the peope waiting; she looked back toward the deli for the sad nurse.  Where was she?  Was she alright?

She found her, holding a paper cup by the soup display, waiting for an older man to serve himself.  Michelle approached her, hoping to help.

The nurse looked up at her, eyes filled with tears.  “My only friend died three days ago,” the woman said.  “She was the most beautiful companion and she was so…”  She cried softly, but Michelle knew her pain was deep.  It was too deep to solve during the noon rush hour.

“I need to either clear your purchases or have you come back and pay,” she said, gently.  The nurse nodded and served herself soup from the big carafe, hands trembling.   Michelle came over and took the ladle from her.  As she spooned the soup into the container, the woman thanked her.

“I usually don’t break down like this,” the nurse continued.  “It’s just that I saw a service dog that looked just like her…”

“Oh!” Michelle smiled.  “Your friend was a dog?  A cocker spaniel?”

The nurse nodded, smiling.  “Did you see that service dog?  She looked just like my Marli.”

“That’s a great name,” Michelle said, putting a lid on the soup container and walking toward the cash register.  The woman walked alongside of her, wiping her face with her hands.  As soon as they got to her checkout counter, Michelle reached under the counter and grabbed a wet wipe.  She handed it to the nurse.

“You know,” Michelle said as she re-opened her register, “I lost my boxer last year.  I know this sounds funny, but it forced me to go out and make other friends.  Losing a pet is tough and it reminded me that I need social support.”

The nurse nodded.  “I work with a lot of good people, I should try to get out somewhere with one of them.”

“Maybe so.  Twenty-five eighty for everything.”

The nurse scanned her card, then signed her name.  As her receipt printed, she smiled at the nurse.

“Are you going to be alright?”

“Yes,  I will.  Maybe I just needed to cry. Thanks for reminding me to eat something.”

The nurse smiled as she picked up her bags.  “I’m Belle, by the way.”

“Thanks a lot.”  The nurse exited through the doors and Michelle whispered a prayer for her, quietly.  In a moment, she saw Paul standing in front of her with a bottle of apple juice and a sandwich.

“What a great friend you are, Michelle.”

Michelle sighed.  “That poor girl!  She just lost her dog!  Have you ever lost a dog, Paul?”

“I have,” he said, solemnly.  “I think it was great how you encouraged her to get out.  She should have more dates with human friends!”

“Did you get her number?”

“She’s a customer, Paul, not a friend.”  She looked up to see him watching her from the counter.

Paul, although successful in business was usually by himself.  “Why don’t you try and catch up with her?  Maybe you can strike up a conversation about your dogs.”

He pulled out a five dollar bill and a quarter, handing them to her.  It was the same exchange every day.  Paul should learn to make his own sandwiches, Michelle thought.

He left the same way the nurse did, but instead of turning the corner for his office, he walked straight into the parking lot.

A man with a slight limp had twenty pounds of bacon on the belt; Michelle looked up at him.  “I know it says fifteen items or less, but I figured if it’s the same item you might make an exception.”
“Why not?” Michelle smiled.

The man took out a worn wallet and pulled out a fifty dollar bill.  As she scanned each bacon package, Michelle wondered if Paul actually did run after nurse Belle to connect.

Now that would make it a great day.
Posted by Brazen Princess at 9:19 PM