He was the most beautiful baby I had ever seen –  bright and peaceful, a son I didn’t deserve.  I held him in my arms and cooed like someone had given me the moon and the stars.  While was grateful for this new joy in my life, I was also a bit terrified.  What if I messed it all up?  What if I wasn't good enough to be a mom?

Vince grew quickly and displayed remarkable curiosity, taking forever examining books, globes, shapes, Legos – anything around.  It was the easiest thing to see about him: his fine mind.

Mario and I  loved reading to him - an activity he could sit through for hours on end. He eventually caught on and was reading before he entered kindergarten.  His teacher accused me of pushing him in his first year of school.

“Remember to let him be a kid,” she said, in true condescension.  “He has all the time in the world to learn at his own pace.”

“I don’t push him,” I answered, truthfully.  “He taught himself.”

She didn’t believe me and went through a lengthy explanation of how phonetic structure was impossible to learn by osmosis...blah, blah, blah.

Eventually, Vince's power to teach himself new things took him in directions I wasn't prepared for.  He found trouble quickly and loved laughing about it later.  He listened to loud music; had colorful friends.  During his teen years we struggled and I wondered how to take control of my son; it was clear to me in no time that Vince was becoming his own man.  Almost immediately after he turned eighteen, Vince left our home. 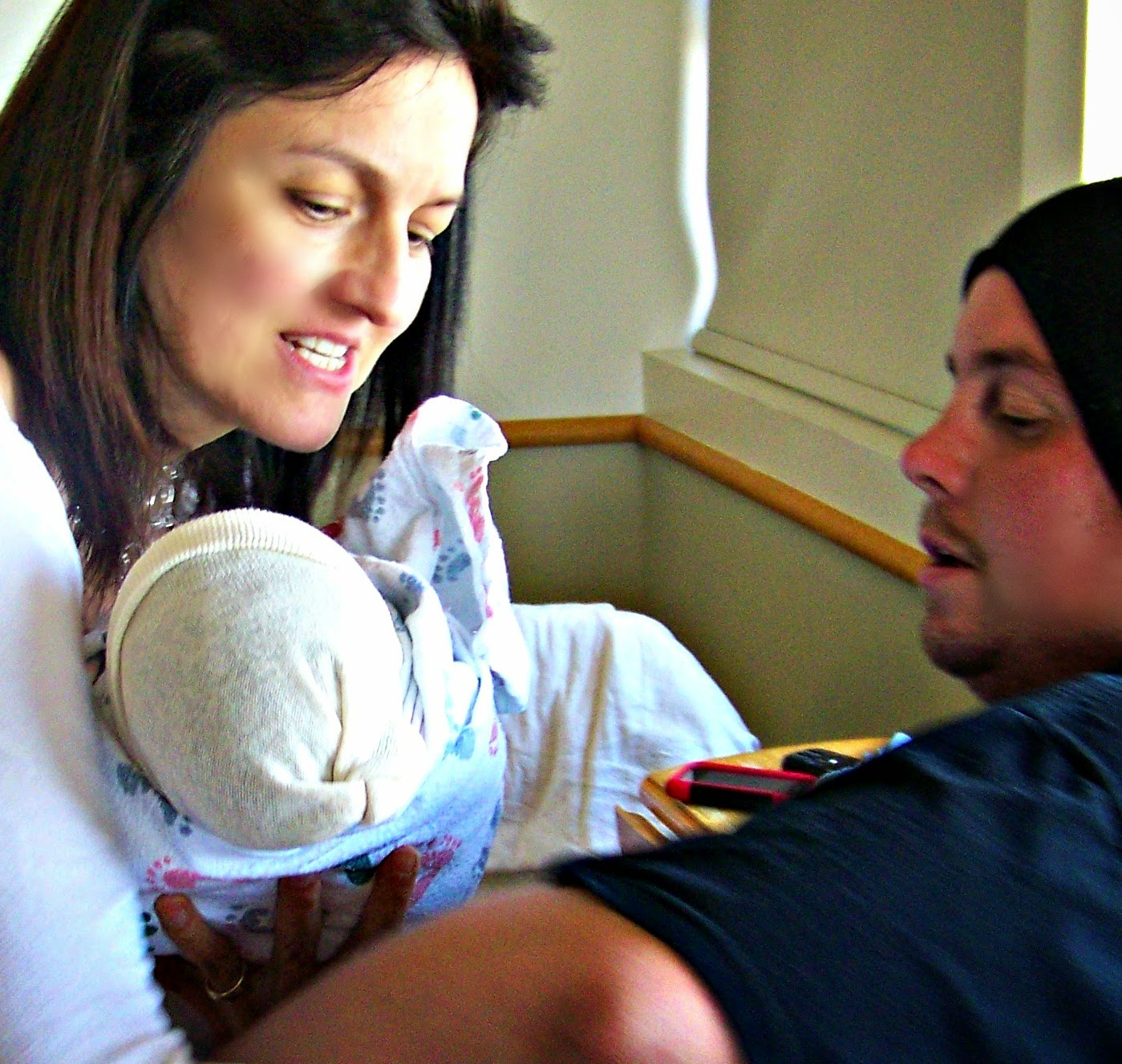 The young adult years were rough, but God has a way of redeeming everything.  He met Rikki, our daughter-in-law, who seemed to appreciate him just like our family. I was present for the birth of his first child- a girl named Scarlett.  At one point, after I held her (the compulsory Grandma turn) I handed her back to him.  Rikki's cousin had been snapping pictures and I now have this one as a memory of that day.  It is one of my best memories - and images.

Last year, Vince and Rikki moved from New Mexico back to California with Scarlett Star - a true replica of her father.  It is so good to have them near!


More and more of my prayers are now that I understand my own children – like God does.  So I now listen closer, knowing that I am not their only teacher.

Every April 9th, I celebrate Vince and the way he changed my life.  He’s a good father, a hard worker and a fabulous cook --who  can make menudo just like my grandma's.

I don’t care about getting older; no part of it scares me.  What I want out of life is to truly love and understand people for who they are - especially my kids.   I love Vince and he has taught me to enjoy many things – tolerance, respect, genuine love of people...even gaming. Even if he weren't my son, I’d still love hanging out with him.

Happy Birthday, Vince.  You used to be my baby, but now you're a man - and a Daddy.  I pray that your day is all you want it to be.