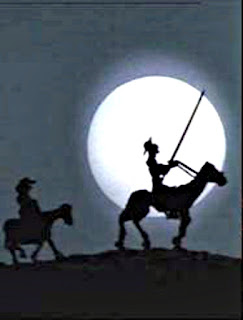 1.  Miguel de Cervantes was  a poor playwright who lived during William Shakespeare's time.  Although he was not as well-known (or as wealthy) as his legendary contemporary, he was as industrious.  Within his lifetime, Cervantes wrote more than fifty plays that we know about; none of them were successful.  In 1597 he was put in prison for “offenses against His Majesty’s Most Catholic Church”, and escaped death by his wits.  When he was 58 years old, he published what is arguably the greatest novel of all time: Don Quixote, a work that drained him of his strength and saw him to the grave in 1616.  He died within ten days of Shakespeare, but his burial place is unknown.  Passionate, yet poor and discouraged, Cervantes died as he lived—fairly anonymously. 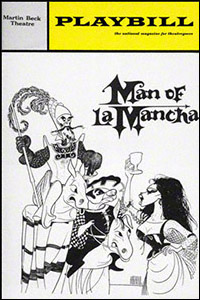 2.  Dale Wasserman was a screenwriter for Hollywood in the 1950’s when he wrote “Man of La Mancha," for television.  Looking at the script, some assumed that it would be an adaptation of the great classic Don Quixote –Wasserman knew it was not.  “What sort of man was [Cervantes]?” wondered Wasserman.  “Soldier, playwright, actor, tax-collector, and frequent jailbird—who could suffer unceasing failure and yet in his declining years produce the testament which is Don Quixote?”  Using pieces and scenes from Don Quixote’s  pages as well as  Miguel Cervantes' life, Wasserman crafted a play that has endured like no other.  His friends, Mitch Leigh and Joe Darion wrote the music and lyrics to the famous songs ("The Impossible Dream", "Dulcinea" etc.) and they were on Broadway.  Man of La Mancha ran for six years straight on Broadway and continued in other cities with many members of the original company.  (Interesting bit of trivia: LaMancha's director, Albert Marre, ended up marrying the lead actress, who played Dulcinea - Joan Diener).  This month La Mancha celebrates its 50th anniversary; revivals will be performed all over the world in more than 30 languages. 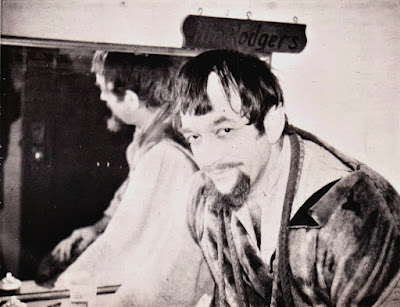 3. Shev Rodgers was a Broadway actor that was cast as lead muleteer, Pedro in the Original Broadway cast of  “Man of LaMancha”.

In addition to this, Shev was also the understudy for Richard Kiley, who played the lead role of Don Quixote/Cervantes.  Shev was born to be on stage and enjoyed the life of an actor, no matter how tenuous it was.

Shev was my father-in-law – and Mario is his son.

“I have clear memories of my summer of 1966 in New York City,” Mario told me not long after we met.  “I saw La Mancha 29 times in two months, I was practically a member of the cast.”  Shev was larger than life, and was married to Alice, who many of you know is an important part of our lives.

When I met him in 1987, he seemed like a normal father to me.  I didn’t know him as a stage actor, only as the father of a man I was hoping to marry.  It wasn’t long before I saw him on stage in San Francisco, where he was back on the road with “La Mancha”, playing Pedro and cracking his whip.  The stage transformed him and I stared awestruck, not at Shev, my father-in-law, but the scoundrel lead-muleteer, Pedro, whose voice boomed through the theater. 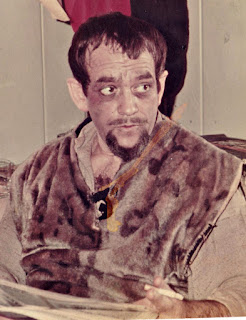 Shev played Pedro more than he played Don Quixote, who he constantly understudied for.  He once did a newspaper interview where he was quoted as saying he didn’t want to be Pedro anymore; he wanted Quixote.  Every artist knows that feeling: to be given the chance to shine at what they’re good at.  Shev was good on stage, and he worked until he couldn’t.
When he died in January 2005 I grieved him like two men: my father-in-law, who wrote beautiful letters and loved his family, and the struggling actor who lived for the stage, but was never as successful as he hoped to be.  In many ways, my father-in-law reminds me of Miguel de Cervantes. 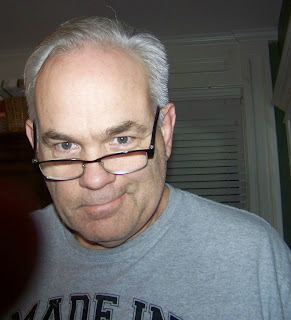 4.  Mario Rodriguez is my husband.  He is, without a doubt, the best guy I have ever known in my whole life.

Why does he belong in this story?

Other than being the son of an original Broadway cast member, Mario is going to be part of a "Man of La Mancha" performance for the next four weeks.  At the invitation of our friend, Adam (who we go to see in every community theater production he is part of), Mario auditioned for “Man of La Mancha” at the Davis Musical Theater Company.

Mario was cast as one of the scoundrel muleteers,  and he will be performing in his very first stage performance – EVER!

I  am very proud of Mario, who is a little on the shy side.   To be a child of actor parents, like Shev and Alice were (Alice still is) is not easy -- you share your parents with the stage.  Mario wasn't interested in pursuing a career in the performing arts; he never had a desire.  Happy in a career in law enforcement, Mario’s dream has really been to live a life for God.

But really...here it is, the 50th Anniversary of Man of La Mancha, our favorite theater group is putting it on, and our friend invited Mario to audition?  It’s like all the planets lined up and an invitation on a silver platter was delivered to our door.

This coming Friday, Mario will get dressed in Muleteer costume and step onstage to sing his heart out at Davis Musical Theater Company.

Man of La Mancha is truly a unique musical with an incredible history.  Especially to our family.

Click here to see play schedule and order tickets.
Posted by Brazen Princess at 2:50 AM 11 comments