The following is a fairy tale/allegory for my daughter, Alicia, on her 30th birthday.  She was commenting throughout (in italics) --at least the version of her I keep with me always in my heart. 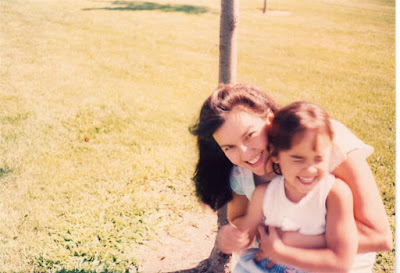 Once upon a time there was a princess.  She was bold and fierce and often very mercurial.

Mercurial? Do you mean to sound critical?

No, of course not! I’m trying to write your birthday blog, so stay out of my head.

Alright, but keep it real.

Anyway…the princess grew up knowing she was destined for greatness, not the simple life that so many around her chose.  One morning she woke up, and realized that the beautiful mountain in the distance, far beyond the reaches of the kingdom, would be hers to climb one day.  Every morning after this, as dawn colored the pale pink walls of her room, the princess would wake, go over to her window, and see her mountain in the distance.

ONE DAY, the princess told her mother about her dream…

“Hey, QUEEN of the kingdom!  Can I go climb that mountain?”

The queen wanted more than anything to protect her daughter from all the evil and ugly predators beyond the castle walls.  She told the Princess, “Please don’t ever climb that fatal, icy precipice in the distance—

Very funny.   The Queen said, “Please don’t climb that mountain because… I fear I’ll lose you if you go beyond the far reaches of  our kingdom.”  So, because the Princess  was so young, she trusted her mother and was happy growing up in the castle—for the most part—and continued to live in harmony and peace with her mother.

For many years, the dream of the faraway mountain seemed only a distant wish, but each year the Princess grew bolder and stronger.  Once, during a particular night near her eighteenth birthday, she decided to pack an escape backpack, with her harness, rope, pitons and cams with unique double-axle designs for the Princess’ desire to swing free of normal expansion ranges…

Anyway, the Princess was prepared.  All she had to do now was to tell her mother that today was the day that she would pursue her dream of climbing the forbidden mountain...

Well, who wouldn’t?  Any mother who has a daughter would say, “Are you flipping crazy?”

She might even use the real word, right Mom?

Anyway... the Princess came to breakfast in the royal dining hall that day to find her mother and father eating quietly.  She told them, “Today is my day to climb that mountain!”   Before the Queen could answer her daughter, the King stood up and embraced her.  He told her how he was proud of her, and gave her his compass and a box of power bars for her journey.

Dad is so cool.

As the Princess walked away, with the castle gates closing behind her, the Queen sat still, frozen and unable to process her daughter’s exit.  For many days, the Queen looked out her daughter’s window, at the same view that her daughter saw every morning.  She cried the most broken-hearted tears she had ever cried before….

But this is a story about the Princess, right?

Meanwhile, the Princess had met many friends on the way to the climb.  Her new friends were encouraging, hard-working, and even had the same goal as the Princess—to climb the mountain beyond the far reaches of the kingdom.  They reached the mountain and found it even more beautiful and rugged than they ever imagined.  Tucked away in the jagged rocks of the precipice were pockets of earth, out of which sprang every sort of life—flowers, cactus, grass.   The Princess and her new friends climbed the mountain together, relying on one another for support and direction.  It made the journey easier.  They became such close friends that the Princess forgot all about her family back home—even her mother.

She never forgot about her family back home—especially her mother.

You don’t think so?

After a year of climbing, the Princess decided to return home to see her family.  She found them seemingly unchanged, excited to see her.  The Queen spent a few months waiting for the Princess to return, looking out the window and praying to God that her daughter would come to her senses and return.

The Queen finally realized that maybe the mountain was put there for the Princess to climb.  Maybe God knew about the dream and the climb and the new friends all along.

And maybe the Queen just needed to take a deep breath.

And so she did.  And the reunion was just the first of many reunions, a constant ebb and flow of connection and…

The Queen decided that she would try mountain climbing, too, so she went with the Princess when she went back.  On her first attempt, the Queen broke her coccyx and had to be hospitalized for a few weeks with commoners who blew their noses at all hours of the night.  She became sleep-deprived and a little mentally ill.

Oh no!  The poor Queen. She didn’t need any more help feeling crazy…

But she still managed to recover and love life and her family.  Many years later, the Princess got married and had a couple of really sweet and beautiful little girls  The queen’s heart was so full she could barely breathe.

They are beautiful, aren’t they?

But those little Princesses have their own, unique story, don’t they?

They will be world changers.

Happy Birthday, Baby.  I will always be proud of the fearless Princess you are.  Blessings and love today and forever, my luminescent girl.
I love you,
Mama –the Queen. 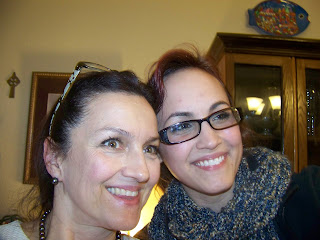 Posted by Brazen Princess at 3:57 AM 0 comments