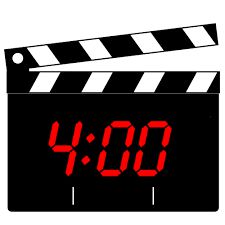 It was 3:57 in MacArthur Park and Gerri knew that she had waited long enough outside.  She entered the train terminal in the cool darkness underneath Los Angeles’ shadow with a mixture of fear and anticipation, hoping that the 4:00 would arrive on time.  A scruffy, tall man smelling strongly of alcohol and sweat passed her, grumbling about the apocalypse.  Gerri hugged the stair rail, hoping that he would not speak to her.

She stood out among the passengers; dressed in a long gingham dress and wearing a cloth bonnet.  Even in the varied population of central L.A., Gerri looked foreign, as if she didn’t belong in the twenty first century.  Had she escaped a prairie cult?  An abusive husband who advised her to cover every bit of skin that man would covet or lust after?

4:00. The train arrived at the platform.  Passengers exited, passing Gerri with unapologetic haste, brushing past her so fast that she lost her balance and stumbled backwards.  A teenager with ear buds pushed her forward, and then scowled back at her.

“Be careful, lady!”  He jumped on to the train with the hundreds of other passengers, wanting to get on with their lives.  Gerri had none to speak of anymore; she hovered over the edge of the platform.

She considered the train fearfully.

She had to get on that train; it was now or never.

“If I board this train,” she whispered aloud.  “I can never return…”

From the train, a collective sigh exploded.  An airhorn blew, making the take virtually unusable.  The set director charged into view and clapped his hands loudly.

People stepped off the train, including the young man with ear buds.  The rest of the clueless passengers watched the crew as the sliding doors shut and the the train left the station.  Gerri looked around for her directo, Bernardo.

When he appeared he was smoking a small cigar… again.  That was not a good sign.  “Darling,” he said in a condescending manner to Gerri.  “You must whisper LOUDLY!”

“I thought I did,” Gerri protesting, itching her scalp beneath the bonnet.  It was 95 degrees out; why was this wretched costume so hot?

“Remember rehearsal?  That was nothing.  All of this…” Bernardo waved his hands in the air at the terminal.  “All of this AMBIENT NOISE drowns out that whisper.”

Gerri grimaced.  “Will she be believable if she whispers very loud?

Bernardo rolled his eyes and guided Gerri toward the stairs.  The actor playing the homeless man was standing there, drinking yerba matte with a production assistant.  Upon seeing Gerri and the director, his shoulders dropped.

“Again?” he said, in frustration.

“Once more, darling.  Another train will be along in ten minutes.”

People passed them on their way to the platform, paying attention to the boom operator, the cameras, the costumes, and the actors.  Most of them were in a hurry, which made Bernardo thankful.  He turned back to Gerri and looked in her face, intently.

“We have ten more minutes, darling.  This time GET IT RIGHT!  Like you did in rehearsal, remember?”

Gerri was worn out, and Bernardo could tell.  They had been filming all day in L.A. central and the costume she was wearing must have been sweltering.

“One more take, darling.  Then we will go back to the hotel, take a dip in the pool and drink those luscious sugar-free margaritas!”

The boom operator snapped his fingers under the mike and nodded to Bernardo.  The homeless man handed his unfinished yerba matte to the production assistant.  Bernardo kissed the air and ran down the stairs, for his seat .  Gerri heard the echo of his encouragement.

Gerri watched Bernardo descend.  He was such an important director and she wanted to please him.  The actor playing the homeless man came into view and scowled at her.  “Get it right this time,rookie.  I’m sweating like a sonofabitch underneath all this shit.”

She faced MacArthur Park again.  Fresh air, people staring at her like she was already a movie star.  She regrouped and got back into character.

She had to make the train.  It was now or never….
Posted by Brazen Princess at 1:09 PM