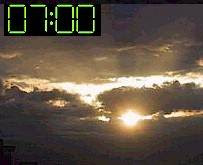 At 7:00 p.m. Mpho Sibanda boarded a South African Airways flight 1137, bound for Los Angeles.  They were scheduled to arrive at 7:00 p.m. the following day, after a scheduled stop in Singapore.

The plane had a special section in business class that was reserved for the business elite: those special professionals that were bound for glory.  Mpho was not given one of those seats, however.  She had requested - and was granted- two seats in the bulkhead, where she and her charge, a lingerie model, would spend the next twenty-four hours.

An attorney by profession, Mpho spoke seven languages and was able to write eloquently in five of them; all of this didn’t matter.  She had a limited budget, given to her by Divine Inc., and she wasn’t about to blow it all on wider seats when she and her companion had model-sized bottoms.

“Are you comfortable here?” the flight attendant asked her.

“We are, thank you,” Mpho said, officiously.  The flight attendant disappeared and Mpho turned to Bellita.  “These are very good seats,” she reassured her.  “We will all get to Los Angeles at the same time.”

Bellita nodded, wide-eyed.  Mpho looked closely at her charge; she appeared to have a case of pre-flight panic.  Bellita’s face was covered in sweat, and her neck muscles protruded beneath the veil of her caramel skin.  Her hands were gripping the arm rest tightly- and she seemed to be holding her breath.

“Bellita?” Mpho whispered.  “Are you alright?”

Bellita nodded again, but her pretty, triangular face looking anything but peaceful.

Mpho unbuckled her seat-belt and pushed the button for the flight attendant.   She faced Bellita and took her small hand into her own.  “Look at me,” Mpho whispered.  Bellita’s eyes shifted, her gaze transferred to look into Mpho’s face.  It was a calm face, one that was darker than her own.  Her wild hair spoke of the unapologetic pride she had in being black; her glasses spoke of how intelligent she was.  Bellita sucked in a breath.

“Yes?” The flight attendant turned the light off above Mpho’s head.  When she saw Bellita, a frozen statue holding the hand of Mpho, she instantly bent down and whispered: “How can I help?”

“Right away!” The flight attendant disappeared, and Bellita took another deep breath.  It appeared she was trying to say something.  Mpho leaned closer to her.

“Today you will,” Mpho said, curtly.  “It will calm you down considerably.  Nothing is wrong with wine, dear.  Nothing.”

Bellita breathed again, laboriously.   Her eyes seemed frightened as she looked into Mpho’s face.  Mpho had to have been ten years her senior, so Bellita knew she should trust her.  Yet, it was a standard of their church to live drug-free; Bellita knew that this was a test to see if she would remain faithful to what she said she believed.

For a moment, Mpho considered slapping the girl.  It would establish a firm boundary right away – she was in charge.  The small girl would do what she said ever after.  To her credit, Mpho dismissed the thought immediately; she was a woman of thoughtful action, not violence.

“Listen here, girl,” Mpho said firmly.  “I have no intention of babysitting these hysterics all the way to America.  This is one flight in a long line of flights you will be taking if you want to travel the world; believe me, I know.”

Tears clouded the girl’s eyes and Mpho felt sympathy; but she knew the girl would only get worse as they went along.

The flight attendant returned with a small bottle of red wine and a plastic wine glass.  She knelt in front of the two ladies and began to pour it.  She stopped when she saw Bellita’s tears, her eyes pleading her to intervene somehow.

“Is there a problem?” the flight attendant asked.

Mpho redirected her focus to the flight attendant- a white woman wearing a name tag that said Frances.  “Look, Frances,” Mpho said, “it is common with these rural people to have religious beliefs that prohibit the use of any kind of central nervous system depressants.  They believe the drug inhibits intimacy with their God…”

“Do you want me to pray for you?” Frances whispered.  At this, Bellita nodded her head furiously.  Mpho was dumbstruck, but she was glad for any help that Bellita would accept.  In a swift motion, Frances handed the half-poured wine glass to Mpho, who took it and watched as Frances put both of her hands on the small knees of the frozen girl.

“Heavenly Father,” she began.  “You are the God of the skies as you are the God of the earth. There is no man-made invention that could ever steal the peace of your little ones.  You are our peace, Jesus.  It is by your power of the resurrection that we can rest.  Please allow this girl to rest in you all the way to Los Angeles.  She is your child, first and foremost.  Let her remember who she is.”

“Amen,” Bellita said, audibly.  Mpho whispered an “Amen” herself, as she saw the delightful embrace between the flight attendant and passenger – something that she had never seen before.

“Amen,” the woman across the aisle said, loudly.  All eyes, including Bellita’s refocused to see the woman, an elderly Indian woman smiling broadly.  “Praise God from whom all blessings flow!”

Bellita laughed, causing Mpho to look back at her, and smile broadly.  “That worked?" she asked, incredulously, pointing to a smiling Frances.  "Really?”

“Thank you so much,” Bellita said to Frances as she stood up.  “Now I can go on!  I knew I was missing something!”

Mpho watched the two ladies exchange a knowing expression, something that she was surprisingly envious of.  In a moment, she remembered she was holding the glass of wine; the plane was about to take off.

“Are you alright now?” Mpho asked Bellita.  The girl looked as if someone breathed fresh life into her, she had pleasant color in her face and a peaceful expression.

“Yes, thank you.” Bellita looked at her hands and nodded.  In a moment, she reached for the in-flight magazine and began to read about the beverage service.  Mpho was nonplussed, but grateful for what had just happened.   As the engine roared beneath them, she checked her watch.

It was 7:15 pm.  The plane was actually boarded and leaving early.  Imagine that!

Without much else to be concerned about, Mpho looked at the half poured glass of red wine and drank it down. Mmmm-mmm.

Posted by Brazen Princess at 4:52 PM

Email ThisBlogThis!Share to TwitterShare to FacebookShare to Pinterest
Labels: clock series, faith, love, pre-flight jitters, special thanks to Dana Stone, trusting God, where is your faith?