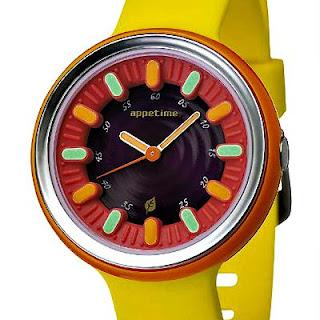 At 10:00 a.m. Everly checked the date on the bottom of the box to make sure that the test wasn’t expired.  At 10:02 she carefully collected a clean stream of urine in the Dixie cup she got from the water cooler and dipped the test stick inside.  She was supposed to wait for twenty seconds before she took it out.

Because she was on her break, she knew she didn’t have long.  At the call center, operators were given two fifteen minute breaks a day, plus a half-hour lunch.  This seemed adequate to Everly when she applied for the  job, but after working there for two weeks she realized how controlled the breaks were.  Breaks were the only time Everly was allowed to leave her desk, and the supervisor kept close track of how long she was gone each time.  The schedule now felt like a sweat shop, and her supervisor resembled a caged tiger, roaming the rows of cubicles and watching every little thing the callers did.

She removed the test stick, hands shaking.  There was a picture of an hour glass: it was processing.
“Please…” Everly whispered.  She looked at her watch: 10:03.

When she left Rochester, three months ago, it was to move to the big city.  New York had been calling her name for years and she decided, at nineteen, to leap in and pursue her dream of becoming a singer.  As her bus arrived at the Port Authority in NYC, Everly’s heart was beating wildly.  She found her roommate in a sea of faces, holding a white cardboard sign with her name on it.  Excited to meet her, Everly pushed past several disgruntled travelers.

“I’m Everly!” she told the girl, breathlessly.  “You must be Emily!”

“I am,” Emily smiled.  They had been emailing each other when Everly decided to do an online search for a roommate; they became fast friends.  The apartment has two other tenants, but she and Emily would be sharing a bathroom.  At first the city was everything she imagined it would be: lights, beauty, excitement.

Everywhere she looked there were people who didn’t care about her at all – she could stay out as late as she wanted, do whatever she pleased.  The freedom was exhilarating.

Soon the exhilaration wore off and Everly found the horrid reality: everywhere she looked there were people who didn’t care about her at all.  She tried to find a job singing, but there were so many singers in the City; most had recorded something. She was forced to find other work; the call center was the best job she could get.  There, she sat taking call after call; answering questions about Rapid Rewards for a national airline.  She dealt with people who traveled all the time and wanted to be upgraded, or even given free flights.  Most of the time, people were cruel and rude to her, even when she was able to help them.  Employees weren’t allowed to talk to each other, or fraternize, making her  workplace a bleak place where she spent most of her day.  There was no time for singing, no money for lessons.  By the time she arrived home Emily would be gone to work, or sleeping.

On the subway she started meeting people, many of them young men who were more than happy to strike up conversations with her.  Sometimes they would suggest coffee; sometimes even more.  A few times, Everly accepted their invitations, mainly because she just wanted to be held.  The sex was good, but nowhere as good as the closeness; the human touch.  Afterwards, walking back to the subway, she would ache for her mother.

The display on the test stick changed from an hour glass to a book.

“What the hell?” Everly looked at it closely, and then got the printed directions out of the box.  She scanned the instructions for the book symbol.  Finally, she found it.

“If a book symbol or nothing at all appears on the screen, an error has occurred.  Retest, making sure to follow the directions carefully…  What?”

Where was her cell phone?  Had she left it on her desk?  Everly dug around in her purse and found it, a Juicy Fruit wrapper sticking to the screen.  She dialed quickly, flushing the toilet beneath her and exiting her stall.  No one else was in the bathroom; the supervisor like to stagger the breaks.  What time was it?

Nervously, Everly pressed one for English.  Then held while cheesy music played.  Finally she heard a male voice, deep and somber.

“Thank you for calling EPT, this is Theo.  How can I help you?”

Everly froze.  What should she say?  What could she do?  She had already used half of her break and now she was waiting to ask this man – this stranger – what to do.  What could he say?  Would he tell her she was just a statistic in the city of broken dreams?  That she should be careful and use protection when having sex?  Would he ask her why the hell she was having unprotected sex with boys she just met? How could she explain her fear of failing – of going back home and admitting that she really was not cut out for city life?

With a heavy sigh, Everly hung up.

It was no use; she had to get back to work.  As she walked to her cubicle, her eyes clouded with tears.  Maybe she was and maybe she wasn’t – what a horrible predicament.
Posted by Brazen Princess at 1:25 AM