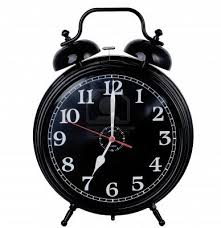 The haircut was the result of a desire to break through a mold in which she was supposed to fit.  In truth, molds were for cookies and chocolates, not for people.  But since people insisted on the molds, she shaved the sides right off, to break out of that flipping mold.

The top of her hair was silver, breaking into a periwinkle and finally rose, the color that hit her shoulders like soft feathers.  When she tied it back in a ponytail, it was plain to see that the sides of her head were shaved clean above her ears.

Instead of the predictable panic, her parents reacted mildly.

“I guess you could do worse than shave off part of your hair,” Mother said, pouring olive oil over the salmon.  Then she looked up and smiled.  “Will you please get your clothes out of the dryer and hang them up?”

Dad's reaction was no different.  When she showed revealed the crazy hair, it was via selfie: from her iPhone to his.  “What do you think?” she texted.

“You should smile in pictures!”  Dad wrote back.

Where was his indignation? His panic?  Shouldn’t he give her a lecture?   Why weren’t they more like the parents that her friends had?

She put on a thin coat of lip gloss and stood up; it was nearly time to go.  Her first day of middle school was not one she was looking forward to.  Smarter than most of the kids in her class, she had been laying low so that the teachers would not make her go into those gifted classes she hated so much.  Instead, she decided to learn and produce enough to excel, but not show her true brilliance until she could do so anonymously.

Her outfit was carefully understated, chosen especially for the first day so that she could show off her designs but not stand out.  Middle school had such a complicated balance of irritations; she would have to navigate the river without overturning her canoe in the first week.  She was sure she could do it.

Cut off shorts with pockets spray painted and sticking out, a t-shirt, lacy vest and a bandanna in her hair that matched her vest.

Her face was perfect, Dad liked to tell her.  He said she was the kind of girl that didn’t need make-up.  She had the same kind of Raphael face that Mom had.  She normally hated comparisons, but Dad loved Mom’s face more than anything.   It was a compliment.

She tried on her Hercules sandals, then changed her mind and chose her gladiator sandals.  These were the ones that everyone would be wearing, but they did go with her design the best.  After months of sewing and clothes design, the outfit was the thing she wanted to showcase; shoes were secondary.

She picked up her backpack and threw it over her shoulder.  The amount of books she was required to carry everyday was incredibly stupid; there had to be a locker she could have.  Last year, the school ran out of them and the new kids had to carry their books.  She wondered if the same thing would happen this year again.

She stood up and examined herself.  She knew, beyond a shadow of a doubt, that she was special.  A lot of kids thought of themselves as special, but she knew that in her case it was true.  She was brilliant, stylish, beautiful, talented and lived in a house that was filled with love.

As soon as she opened her door, she was greeted by her cat, brushing past her.  Cat had been waiting to be let into her room and was impatient to get into her bed.

“Um….” She considered evicting the cat; she was shedding a little too much.  “Well, alright.”

She decided to permit the cat to stay; after all, she wasn’t able to control the cat.  Cats loved breaking the rules that humans set out for them.

She ran down the stairs, just in time to hear her mother open the garage door.
Posted by Brazen Princess at 11:38 PM

Email ThisBlogThis!Share to TwitterShare to FacebookShare to Pinterest
Labels: clock series, Laila gets ready, love my granddaughters - they are fire!, special thanks to Lennae Rodriguez