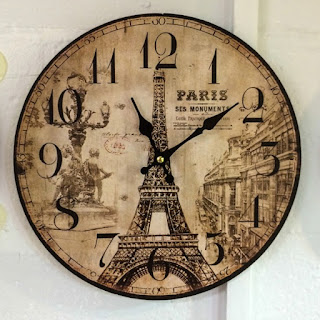 At 11:00, in a small coffee house on the outskirts of Paris, France, Jean Sivoya waited patiently for his date, a woman named Louisa who was supposed to meet him two hours earlier. The stone walls and wooden floorboards of the Café seemed to breathe of deep history. The boundaries of the simple meeting place, situated so close to the Sorbonne, were alive with stories.

Jean considered the sidewalk terrace that looked out on to a tiny square, where a couple who had been here for hours danced romantically.  He had switched from coffee to wine twenty minutes ago and paid the eight Euro for the Chateau Morgan, throwing caution into the wind.

He had taken a taxi three hours earlier, not wanting to be late for his first date to the Café. Now Jean was getting ready to call another. He would have done so had he not been interrupted by the clacking of high heels running at an ill-advised speed, straight toward him.

He looked up and saw her, a vision of loveliness wearing a gold chiffon dress that billowed as she ran toward him.  Her face was an inverted triangle; her legs, two spindles in high heels and her arms steadied her like wings as she approached.

“Are you Jean?” she yelled, trying to slow herself down. The romantic dancers released each other and turned toward them, gawking unapologetically at the young woman who disturbed the ambiance of their romantic evening.  Jean rose to his feet, arms positioned to catch her, lest she fall of trip.

“I am Jean,” he said, nervously.  He bit his lip, embarrassed.  The entire café was staring at them now.

She was breathless; Jean saw that the beautiful girl was flushed from her exercise; she must have been running for some time. She wore no makeup, but never had he seen such amazing eyelashes.  The color of her eyes was watery green; her skin, pearlescent.

“You’re not going to believe what happened to me,” she said, trying to catch her breath.

“Please,” Jean motioned to a black steel chair, hoping the girl would be seated.

She sat quickly, placing both of her hands on her heart.  He saw her delicate white hands settle like doves against the plunge of gold chiffon; she suddenly leaned forward and took his hand.  With intimate speed, she placed it between her breasts.  “Feel my heart beating,” she whispered.

“Honestly, you will not believe what just happened.”

Jean’s lips felt numb; his own heart raced at the feel of her skin.  He couldn’t think of anything to say, and when she released his hand it fell, limply to his side.  He was embarrassed.  Her mouth, a cupid’s bow, moistened with a gleam of gloss, asked him if he would mind if she told him her story.  “It is the story, after all,” she said.  “That led me here.  Poor darling, did you think I wasn’t coming?  I am two hours late!  Nevertheless, I am here now, am I not?”

Jean nodded in agreement and looked over his shoulder for a waiter.  A tall, aproned man  dove behind a curtain, trying to pretend he wasn’t staring.

“I was in Los Angeles just yesterday, you know,” she began.  “The city is very difficult to understand.  It has quite a lot of people living there and none of them seem to care much for one another.  Nevertheless, I was there.  Might I have a sip of your wine?”

Jean forced himself to stop watching her mouth.  “Yes,” he said, sitting up straighter.  “I was just trying to summon a waiter…” He looked around again and saw the waiter at another table.  Jean cleared his throat in an attempt to call him over.  The waiter walked toward them, but turned back to the bar when Jean signaled for another glass of wine to be brought.

She put the wine glass down and exhaled.

“That is just what I needed,” she said.  “You must think I am mad, carrying on like this.  Did Philippe tell you I was mad?  I might guess he did!”   She covered her mouth with her white fingers and giggled into them.  Jean smiled.

“Anyway, Los Angeles.  I was there yesterday.  There are so many things happening there.  I actually saw a talking hot dog, but that’s a whole other story!”  Jean smiled, catching sight of himself in the mirror and seeing a ridiculous look of smitten foolery.  He tried to wipe the look off his face, picking up the glass she just put down and lifting it to his own lips.  He could see the faint imprint of lip gloss on the rim; it made him fantasize about kissing her.

The waiter returned with a tall glass of white wine and placed it in front of Jean, who was staring again.  “Oh, it is for the lady,” he said, motioning to his date.

“I’m sorry,” Jean said to her, as soon as the waiter disappeared.  “I don’t even think I introduced myself,” he said, leaning forward with an extended hand.  “I am Jean.”

“Yes, silly,” she said, smiling coyly.  She had two dimples; one was deep set in her right cheek.

“And you are Louisa?” he asked her, knowing the answer already.

“Yes,” she said, picking up her own glass of wine and drinking.  She never took her eyes off of him.  He could see her mouth take in the golden beverage through the clear crystal.   He could smell the roasting of coffee beans, but he knew it would be the wine they would remember.  They would tell their grandchildren about the wine- the crisp beautiful Chateau Morgan that would bring them together.  He would speak into the microphone on their wedding day and tell their guests that he knew the moment he saw her, flying over the tiles in high heels across the tiny square.

“What happened?” he asked her, almost as an afterthought.  In truth, it didn’t matter what happened; it was all over for him.  He had arrived at his life’s destination.

“Well,” Louisa said, with a dimpled glow.  She extended her lovely white hand to him and he held it in his.  The action stunned her; confused her.

Jean took his eyes off the green pools of water and into her delicate white hand; it was there he saw the ring.  A brilliant white diamond on a gold band rested freshly on her fourth finger; he froze.

“Did you get engaged?”

Louisa erupted in giggles.  “Yes, darling!  I am engaged!  My former boyfriend picked me up at the airport.  What a surprise that was!” She told Jean the rest of the story with delighted abandon.  He watched her mouth, a proud and demonic weapon, spew forth the happy story.  Her ex-boyfriend met her at the airport repentant for his actions and got down on one knee.  She accepted him; she never fell out of love with him.  They were meant to be together.

At the end of the story, she picked up the glass of wine and drank, never taking her eyes off of Jean.  He wondered why she drank like that; it had to be the tool that Satan used to contract desperate humans into signing their life away.  She was indeed his messenger; he had no patience for her games.

“Why did you show up here?” he asked, finally.

“Well,” she said, sighing.  “I couldn’t imagine the thought of you sitting here, abandoned and feeling like I had no respect for you.” She looked at him, her eyelashes curling like the burning legs of a spider thrown into a cauldron.

“I see,” he said.  With that, both stood up and hugged.  He mumbled a congratulatory something and she thanked him profusely for waiting for her.  It showed his character, she said.  His character was a strong one, she said.

He sighed and called the waiter for the bill.  Again, he dove behind a curtain, pretending he hadn’t heard anything.

Posted by Brazen Princess at 1:03 AM