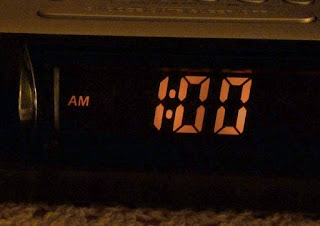 The popcorn ceiling glittered; its flecks of gold looked like stars in the pink glow of the digital clock.  Belle was on her back, staring at it.  She had gone to bed hours ago, but the night was warm and her heart was broken.  She wondered if the starry ceiling contained asbestos, which could be a problem.  As a nurse, Belle knew that asbestos fibers, inhaled in large quantities, could cause lung disease, scarring of the lungs and even cancer.  Why hadn’t she noticed it before?

She looked past its digital display and saw Marli’s empty bed.  Belle remembered the first time she had seen Marli, at a jumble sale at the SPCA.  Several dogs were among the wares, showcased in cages in the hopes that shoppers, like her, might actually consider a rescue adoption.  As Belle passed Marli’s kennel, she looked in- and saw the Cocker Spaniel looking back at her hopefully.  She stopped, and looked again, the same way she would have done if she’d recognized an old friend she wanted to greet.

“What’s your name?” She whispered, examining the tag attached to the kennel.
“Marli,” Belle said aloud, lying in bed.  The dog’s name was Marli.

The word rescue made Belle popular among her friends.  After all, she was single and living on a nurse’s salary in a home with a backyard.  Belle could have chosen any dog she wanted; instead, she rescued a poor, abandoned Cocker Spaniel from the SPCA.

“What a hero you are to that dog,” they’d say.  “ After all, how long would she have lived at that shelter if you hadn’t come along?”

Belle had to work in four hours.  She turned on her side, flipping the pillow to the cool side.  She was now facing empty bed, and after a minute decided to turn over again, facing away.

The sheets were warm and heavy.  Belle tossed them away from her.

Belle went to pick the dog up after she had been approved for adoption.  As soon as she saw Marli’s face again, the dog lit up and wagged her tail, as if she knew Belle was returning for her.  In the car, the dog looked at the window and then back at her again.  Marli’s eyes were round and brown.  They were perfectly set in a sensitive face with a dark brown nose.  Her ears were covered in curls and framed her golden face like the wings of an angel.

There was a symbiotic truth about the rescue that no one knew about.   In truth, Marli seemed to have a deep knowledge of Belle right away.  She understood Belle's moods and insecurities, even her lonliness.  Having a dog wasn't at all what she expected; Marli had a motherly love for her.  After work, Belle would come home to her companion and they would walk to Wonderful Chinese House or Subway, pick up dinner and then stroll around the park.  After their outing, they would return home and eat; Marli next to the water cooler, Belle on the couch.

Seasons came and went.  Belle’s mother got cancer, went through chemo and later died.  Marli was there to comfort and care for Belle’s devastated heart.  Ed appeared, romanced her, broke her heart and disappeared.  Marli saw her through it.  When she graduated from college with a second degree, Belle bought matching mortarboards so that she and Marli could take pictures for the Christmas card.  Trauma, heartache, happiness, joy , triumph..Marli was there for everything.

Belle had been so wrapped up in work lately that she hardly noticed the awful progression.  First, Marli spent too much time licking herself.  Next came the vomiting.  It was only when Belle found blood in the puddles she cleaned more frequently that she worried.  The vet later said that it would be best to “put her down” instead of postpone the inevitable.

He said it quickly, knowing that Belle would have a hard time digesting the suggestion.  When she looked at Marli, she saw her eyes, red-rimmed, tired, and worn out.  She almost looked guilty for having to leave first.

“When can you do it?” Belle asked, trying to sound calm.

“You can leave her here now,” the vet said, sympathetically.

Belle would have to shower soon; she had not slept for two days.  There were no sick days available for nurses grieving the loss of a dog.  If any of her colleagues lost a family member, there was grace for absence, but only if that family member was a person.   A collection would be taken among the nursing staff for flowers, or a card, just to show that they understood the grief and emptiness of saying goodbye when you weren’t ready.

She turned on her back again.

The hours were passing, but no rest was coming.

Posted by Brazen Princess at 12:01 AM

Email ThisBlogThis!Share to TwitterShare to FacebookShare to Pinterest
Labels: clock series, companionship, love, my friend, special thank you to Suraya, value of a good dog