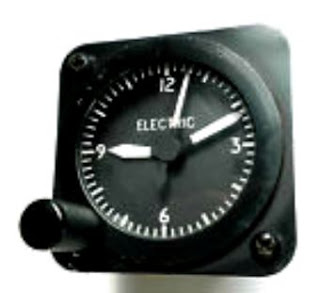 Time was of the essence in transporting organs, especially hearts.  As Carol Semi approached the small Louisiana airstrip, she was on pins and needles.  She had left Memorial Hermann Heart & Vascular Institute at theTexas Medical Center in Houston at 7:00 a.m. The bird they had waiting for her was a 206B-3 JetRanger III, with a strong tail rotor and powerful engine, but there were choppy winds coming in from the Gulf of Mexico.  She knew she'd have to use every skill up her sleeve to even get her off the ground.

“Hey, Cap,” the co-pilot, Tim smiled at her.   His voice was fuzzy through his headset and she forced herself to smile back.  A seasoned heli-pilot since Desert Storm, Carol was not known for letting stress get to her, but she was about to lay down her bird in some podunk landing strip in Louisiana.  This was some damn place she had never heard of: Abbeville.

“Are you ready for this?” He asked her, seeing the outline of Abbeville Chris Crusta Memorial Airport out of his window.

“What time is it?” Carol knew she had four hours; four incredibly precious hours to get from Podunk Central back to Houston.

“We should have no problem if the ticker is waiting for us,” she said.

“Unless there’s the Houston chop we had this morning,” Tim answered.  Bummer man!

“Is there a change in the weather?”

“Winds from the east,” he said.  “Twenty to thirty miles per hour.”

Carol shook her head and made a slight dip towards the landing strip. “My kingdom for a Huey, Tim.”

She heard her co-pilot chuckle in her ear. Tim had seen enough in the couple of tours he did in the sandbox.  He knew what she meant: the Army could afford all the best stuff.  This commercial bird didn’t know how to fight against the wind- it was all on Carol.  Those doctors really didn’t know the pressure!  She was only carrying a human heart to take to Texas Medical Center.  Someone’s life hung in the balance; a child, she heard.  She heard it was a child awaiting this heart transplant, and that turned up the heat.

They landed peacefully on the strip, a bit of a mist was falling, but nothing of a breeze.  She looked at the clock: 9:00 a.m.  It was time to phone the hospital.

Carol ran into the terminal while Tim picked up the radio.  As she trotted into the open space, she saw it virtually empty, except for an older woman in a loose fitting red dress.  She was standing over a desk, stirring coffee and looking straight at her.  Carol wondered where the others were.
“Hey!  UNOS flight for Houston?”

The woman nodded, calmly.  “I saw y’all comin’in,” she said.  “I called the hospital.  They are on standby until you pick up the red phone.”

Carol breathed a sigh of relief; it was nice to have someone know the procedure.  Being prepared was half the battle.  She trotted toward the desk and picked up the phone, an old-fashioned black phone with two push button lines.  One was lit up and blinking.

“Is this it?” Carol asked the woman, who was already nodding.  Carol pushed the blinking line.  “This is Captain Semi, we are on the landing strip and ready for delivery.”

It was five minutes when an ambulance arrived, red lights and sirens blazing.  Out of the front seat jumped a little man in a white doctor’s smock.  He ran to Carol and Tim with a blue and white Igloo cooler, handing it to Tim and looking at Carol suspiciously.

“Which one of you is the pilot?” he shouted above the whir of the propeller.  Tim smiled slightly and pointed at Carol as he held the handle of the cooler.

Carol resisted rolling her eyes.  “Do you have the file, doctor?  We have four hours.”

Dr. Kostolov patted his pockets and turned back toward the ambulance.  Carol shook her head as the little doctor ran back for the all-important paperwork.  She motioned to Tim to get the cooler in the bird. For a second, she considered going in her seat herself.  The little doctor would have to duck and run just to hand off the file.  She wasn’t in the Army anymore and pranks like those were not so funny to civilians.

He was back quickly, thank God.  Carol took the folder as the doctor shouted something to her.  She watched his lips, but she couldn’t make out what he was saying.  Did it matter?  She realized that it didn’t, nodded a thank you and ran for her seat.

By 9:10 her bird was in the air and she was on her way to Houston.  Woman or not, this heart would be on the ground in two hours.  Two hours, east winds or no.

Posted by Brazen Princess at 5:03 PM

Email ThisBlogThis!Share to TwitterShare to FacebookShare to Pinterest
Labels: clock series, love, Special thank you to LeeAnne Schall for her service in the US Armed Forces and for being a badass, transplants