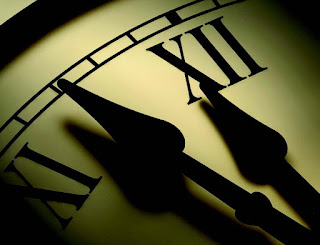 It was ten minutes to midnight and Sergey Kostolov stood in front of a full length mirror, primping for his first shift at Abbeville General Hospital’s morgue.  He had dressed quickly in the doctor’s locker room, and now stood readjusting his nametag on his new doctor’s smock several times before he decided it was the most noticeable.  After spending months interning at crime scenes, medical record rooms, and finally in a hospital, Sergey was ready to take on the appointment of hospital coroner.  Abbeville was a small town in Louisiana, far from Slovakia, but it was his domain now.

Sergey lifted his sleeve and looked at his watch; it was nearly time for his shift to begin.  The Fossil watch was a gift from his wife, Chessy, a girl of nineteen who he tore from home to take with him as he immigrated to New York City.  She gave him the watch after he completed medical school; a day that was filled with awkward memories.  Chessy had interrupted class pictures to present him with a neatly wrapped silver box with a blue bow on top.  The class made appreciative noises, but Sergey chided her in Slovak.  “Wait until we’re finished!  Go stand there!  Do you see any other wives giving presents now?”

He regretted it as soon as he saw her wounded expression, but she obeyed him and took the box back and stood by the potted rubber plant.  The class returned to smiling for the multitude of cameras, under an awkward silence.  By the time everyone dispersed, Sergey realized the moment for opening the gift had passed and Chessy would never be happy no matter how thankful he was.

It was a beautiful watch, with a simple chrome casing and a dark blue face.  It had a second hand that travelled slowly around the Roman numerals, reminding him to get going.  Get working; get busy; get on with your life.

Chessy had chosen the perfect gift and he thanked her.  She kissed his cheek when he finally put it on and told him the story of the American mall where she haggled with the shopkeeper for a reduced price.

It was now midnight.

“Dr. Kostolov?” A voice from the doorway made Sergey jump. The receptionist, a small little man dressed inappropriately in doctor scrubs, was poking his head in the locker room; a turtle emerging from a shell.

The man pointed over Sergey’s head, at the large wall clock.  “It’s time for me to go.  Usually the doctor and I debrief for a few minutes.  Do you want to do that?”

Sergey nodded, scowling.  Who was this little man to rush him?  He was nobody, a dumb receptionist.  Back in Slovakia only a woman would take such a mundane job.  What was the meaning of this insolence?

Sergey followed  the little man into the wide open space of the basement morgue.  Here he was, a doctor.

“Kostolov,” he heard the little man say as he walked to the desk.  “Is that Russian?”

Sergey rolled his eyes.  “No.”

Finally arrived, a doctor at his very first assignment; still being rushed by lesser men.  It was no different than Slovakia.

No different at all.
Posted by Brazen Princess at 12:55 PM