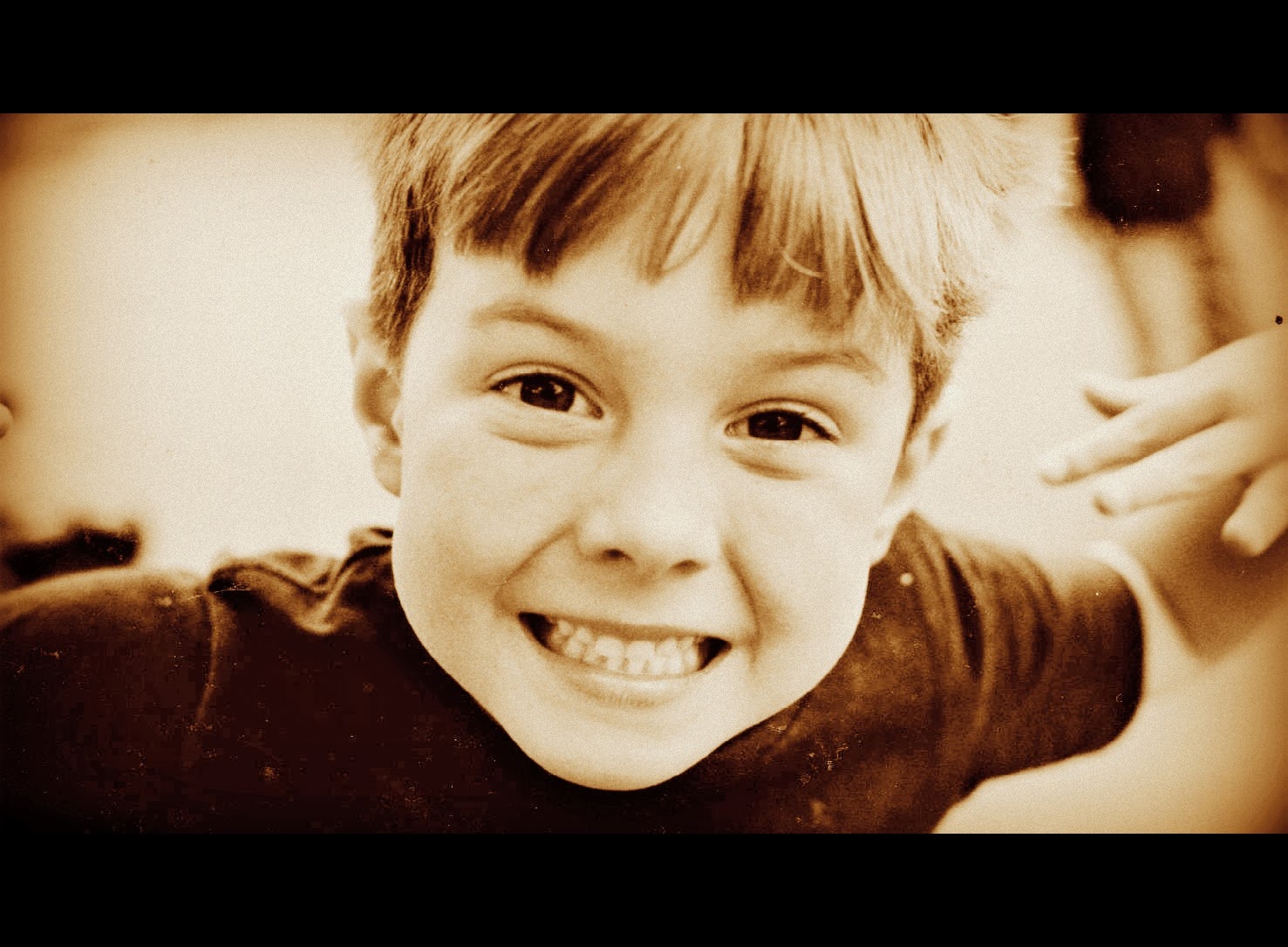 Jean woke up to frost on the windows and biting chill surrounding her face.  Caleb was kneeling in front of the wood stove, beginning the process of stoking the fire that would warm the house, a rustic cabin that Caleb had chosen to make his full-time home.

Jean tried to focus beyond the frost, seeing tall cedars in the front yard, boughs heavy with snow.  They were unable to leave the house yesterday because of the storm, but Caleb had promised he would attack the driveway with the neighbor’s snow blower in the morning…Just after they got the fire going.

She looked at him, a big hulking man blowing gently on the kindling.  It seemed to suit him, a giant of a man knowing that gently was the key to starting any fire.  She yawned and smiled, knowing this was how he’d always been.

When it caught, Caleb shut the iron and glass door of the wood burning stove almost all the way, leaving enough room for oxygen to enter and cause the blaze to grow.

He turned around and caught her staring.

“That’s a sleeping bag we use on fishing trips, it’s for near-freezing temperatures, a 20 degree mummy bag.  I was actually hoping you wouldn’t get too warm.”  He was smiling and the light from his eyes was warming her heart.

“Only my face got cold!” she laughed.  He stood up and walked toward the front porch.

“I have to start the driveway, Mom.  Esther is awake and will be out soon.”  He unceremoniously walked out the front door and it shut hard behind him.

“Wear a hat.” She whispered to herself.

When did a mother stop telling a son to wear a hat?  When would Caleb be free of her mothering?  She tried to stop treating him like he was five years old, but it was useless.

In Jean’s mind, Caleb was still the adventurous, reckless boy who needed to be told to zip up his jacket, wear his hat, mittens and  scarf.

“I’m wearing my Viking hat!” he would shout, before flying off the porch and running down the street, taking her heart with him.  Jean once chased after him in her bathrobe, her legs exposed and her feet bare…only to catch up to him breathlessly grabbing him by the arm and removing his Viking hat and shoving a thermal beanie on his head.

“This,” she said between gritted teeth.  “Is the hat you need to be wearing! Do you think this hat keeps you warm?” Jean took the useless Viking hat in her hand as she stood up.

Caleb’s face was all humiliation and shame, for his friends were suddenly around him, watching and giggling.  They all seemed to have hats and mittens on, but their mothers were all still in their homes, leaving their sons alone.

As Jean walked back to her house with the Viking hat in her hand, she looked over her shoulder to see Caleb pulling the beanie off his head and throwing it down on the street.  Blood rose to her face.

There was no need to answer.  He picked the beanie up and hit it against his arm before putting it on his head.  His friends laughed and pointed at him.  “Caleb! Caleb!” they jeered, as if their mothers never ran down the streets in their bathrobes.

Caleb grew up amidst the neighborhood boys, each year contrasting wilder and more reckless than the lot of them.  He would ride his bike without a helmet.  He would wrestle with the others and don a big stick in his belt, swinging it around like a baton - saying he was a champion Samurai warrior.  He'd use an assortment of bad words and his friends would laugh and repeat them.  Once he got it in his head to build a space ship from leftover wood from the work site of apartment being built across the street.  The other boys joined in, but that night Jean got all kinds of calls from the neighborhood mothers.

“I’m not sure if what Caleb did is a misdemeanor or a felony,” Rosie Silva spouted on the other end of the phone.  “But I do know that this behavior can’t continue.  It shows a lack of control that will permeate the neighborhood kids.  I’ve told Russell not to play with Caleb anymore, at least for a week.  I told him that any boy stealing wood from a worksite can be arrested, even if he is six years old!”

Jean held the phone away from her ear and eyed Caleb at the table.  He was eating his sandwich like nothing had happened, and she wondered if he had that voice inside his head that whispered  “Maybe I shouldn’t do this thing, it’s a bad idea.”

“Rosie,” Jean ventured, once Mrs. Silva shut up.  “I don’t think I’ve gone over this particular scenario with Caleb.  I’m sorry it caused this grief.  I’ll speak to him about it.”

When he heard this, Caleb's face changed and he sank back into his chair, knowing he was in for it.

That night, after a good paddling, Caleb wept on his bed and finally screamed, “I HATE SPACE TRAVEL!!”

Each year brought new behavior and each challenge reminded her that he was different.  He was wild and free and strong.  This kind of boy is a good man, but not a good boy, she thought.

Outside she heard the snow blower.  She sat up, still a mummy in the sleeping bag and looked outside.  The window was covered in condensation.  The ice had melted because of the fire and she could see a figure bundled and in front of a giant machine that blew snow to the right like a cyclone.

Jean’s eyes clouded over with tears.  “Was I a good mom?” she thought.  “Tell me I was a good mom!  Tell me I didn’t ruin you or crush your spirit or make you feel unloved!”  As she cried, she was unable to wipe away her tears, her hands still at her side – warm and snug in the sleeping bag.  She remembered that Caleb had zipped her into it last night and now she wondered if she could get out.

Just as she started panicking, she heard Esther’s gentle voice at the doorway.  “Are you trapped?”

Jean looked at her daughter-in-law, unable to hide her sad, pathetic tears.  She nodded and Esther came to her rescue, unzipping the bag and releasing Jean, who reached for her daughter and law and wept against her shoulder.

Esther and Jean had never been all that close, but now Esther hugged her mother in law, unsure of why the sleeping bag had panicked her so much.

“Are you okay?” Esther asked, reaching for a tissue on the coffee table.  After handing it to Jean, she shut the door of the wood-burning stove.  She sat in a cross-legged position in front of it, and the young girl looked swollen and ready to deliver her  baby,whose round form pushed against her knees.

Jean nodded.  “How about you, you’re the important one.”

“You should have slept in this,” Jean blew her nose, a little embarrassed of her emotional outpouring.

Esther laughed a little, and shook her head.  “I can’t fit in that anymore.  That’s why Caleb gave it to you.”
Jean smiled.  “Of course.”

The fire crackled behind her and for a moment, the motor of the snow blower was silenced. Jean looked out the window again and saw Caleb at the end of the driveway, turning the monstrous machine around.

“He’ll be finished in about fifteen minutes,” Esther said.  “I’ll fix breakfast and we can eat together before we leave for the hospital.”

“Let me make breakfast.  You stay there!”  Jean reached for her glasses, her beautiful daughter-in-law sat still, pleased that Jean had offered.

As she stood, Jean looked down at her bare feet.  Where was her bag?  She had socks in the front pocket and the kitchen was linoleum floors.  It was tucked away in the corner and Simone, the cat, was curled up on top of it.

“Off, you!” Jean waved her hand and shooed the cat away.  “I need my socks!”  As she put them on, she was surprised to see the door open and Caleb burst in, bringing a trail of snow under his boots.

“Hey!” His face was red and glowing, like it used to when he swam or played too long.  Jean smiled at him and was about to tell him to wipe his feet before she realized it was his house.  “Are you making bacon and eggs for us?”

“Alright, sounds good.  I was just coming up to ask you to do that.”

He turned and went out the door again, as quickly as he came in.  As Jean looked out the window on the porch door, she could see him pulling his beanie down on his head, over his ears.  He looked up and smiled at her.  It was the same shy smile she saw on his face growing up - when he caught her looking at him without much reason.
Posted by Brazen Princess at 1:38 PM