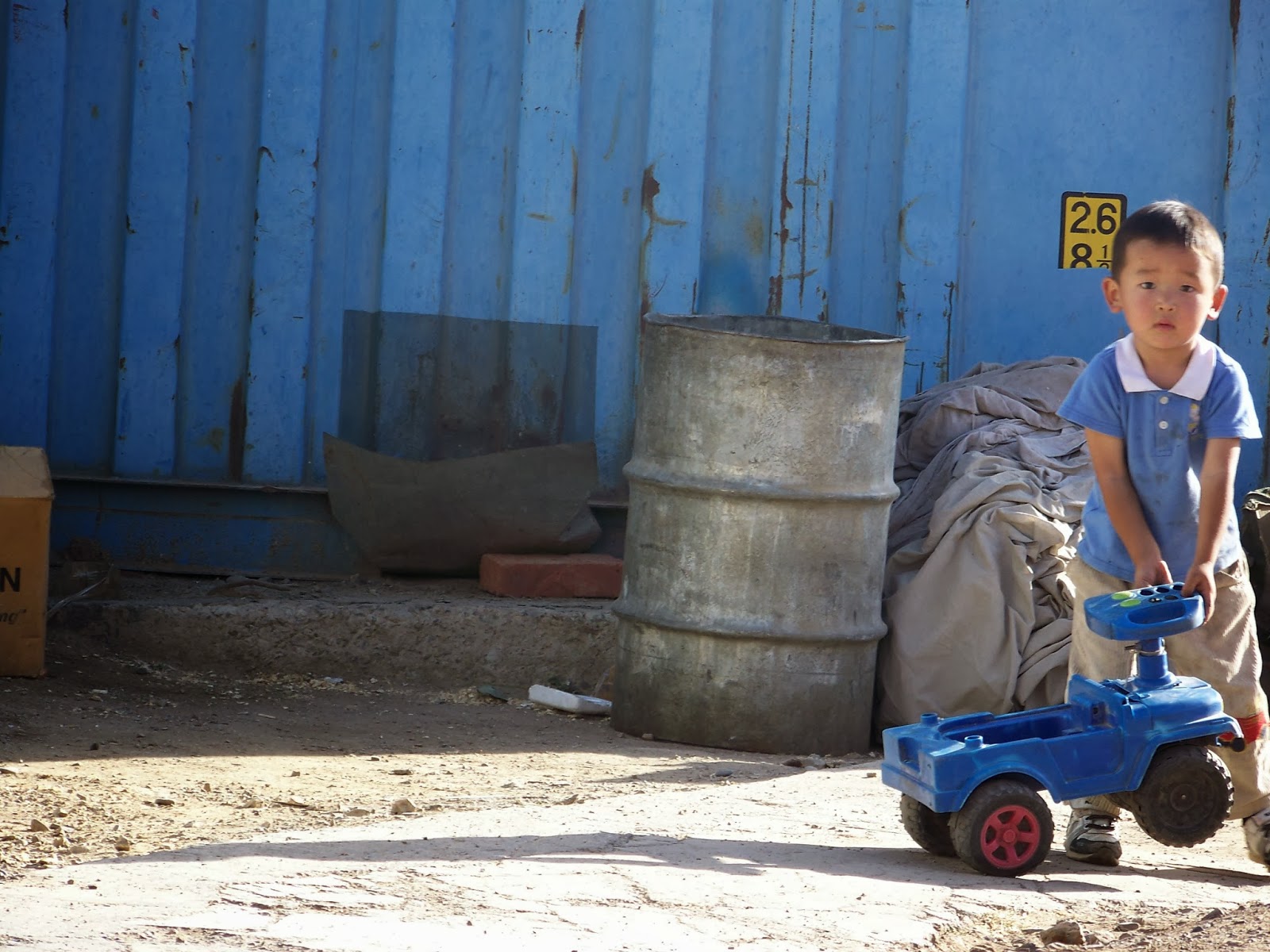 Odtsetseg stirred the contents of her buuz with her index finger, hoping that her Granny would not see her playing with her food.  It was Grandmother’s idea in the first place not to buy the frozen dumplings anymore, and now chose to make them herself.

“Ay?” Grandmother touched the post with her boot and corrected the child as she chewed her supper herself.

Odtsetseg removed her finger and took a bite, chewing the contents and looking at Grandmother as she did.

Grandmother looked at the ground, chewing so hard that her jaw shoved her wrinkled cheeks toward her ears with each bite.

There was a hard knock on the door of the ger and Grandmother looked up.  With relief, Odtsetseg stood up and unlocked the door and cracked it open slightly.  The cold wind was biting, but there was sun.  Boldo stood before her in his fur-lined jacket, as if it were morning.  In forty minutes the sun will be down and the wind will be biting at his ears, Odtsetseg thought.

“Come out and see this!”  Boldo’s face was too delighted for his playmate to not be interested.

“We are nearly finished with our food,” Odtsetseg said.  “Then I must rinse our bowls.  I’ll meet you in ten minutes.”

She shut the door on him, and it didn’t seem to dampen his spirit.  His face glowed with anticipation and it made the young girl want to rush through her food, even if there was gristle in it.

Once it was locked Grandmother looked at her with raised eyebrows.

Grandmother nodded and wiped out the juice in the bottom of her bowl with her fingers.  With great difficulty, Odtsetseg swallowed the rest of her dumplings, fighting the gagging urge.  She didn’t want to appear ungrateful.

“I will wash the bowls outside today,” she said as Grandmother reached for a toothpick and began her nightly ritual of picking her teeth with the thin strip of balsam.  In Grandmother’s world, there was no greater pleasure than sitting in front of the evening news in her favorite chair, flicking the last of her dinner back onto her tongue and eating it all over again.

With Grandmother happily situated in front of the news, two toothpicks in front of her, Odtsetseg knew it would be some time before Grandmother would miss her presence.  She put on her coat and gloves and a tight cap over her ears and left the ger for the cold yard.

Boldo was right where she left him, smiling happily.

“I’ll help you.”   The two ran to the community water and quickly rinsed the bowls, wiping them with their hands.  The beautiful bottoms – each having a picture of a smiling cow, surrounded by milk, cheese and creams – were now clearly visible. The bowl’s enamel squeaked against Odtsetseg’s fingers and she knew they were now clean.  The two ran them back to the entrance of her ger and set them down to the side of the door.

Boldo took Odtsetseg by the hand and they ran to the old VW bug, dormant in the middle of the camp and climbed on top of it.  From the roof of the car, they could see over the fence and into the world: a camp of gers on the hillside, at least twenty that made up their community. 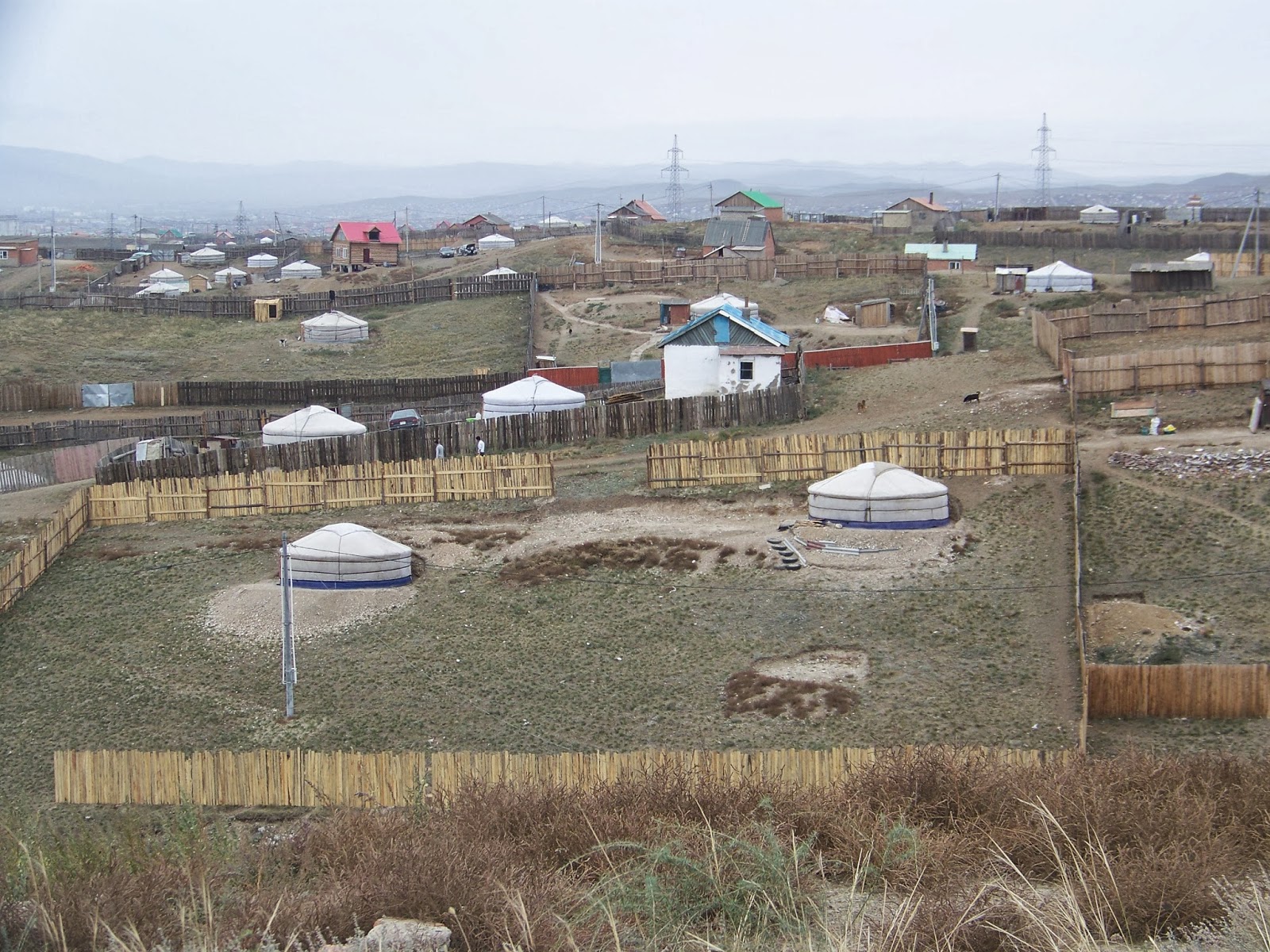 It wasn’t hard for Odtsetseg to see what was new: a bright white ger had been erected that day and stood like a newly frosted cake in the middle of the camp.  She gasped and Boldo jumped up and down, shaking the beetle beneath them.

“Next month we will begin!”

“Yes!” Boldo and Odtsetseg could barely contain their excitement and the VW  shook beneath them as their padded boots danced furiously in celebration.

“And you will write my name!” Boldo shouted happily.  His reasoning confused Odtsetseg.

“You will learn to write your own name, Boldo!”

“You will learn to hold a pencil.”

“There is no need for me to learn to hold a pencil if you will write my name.”

The VW was still beneath them.  Why would Boldo think I will be the one who learns?  Odtsetseg thought.

“You know, Boldo, you are not just a warrior.  You are also a good boy.”

“No!”  Boldo jumped off the car defiantly and Odtsetseg just looked at him.  She looked back at the big white cake in the middle of the camp, still being tended to by the builders.

She breathed in deeply and when she exhaled, her breath was a cloud of steam.

It was time to go in.

She jumped off the car and dusted off her pants and boots.  Boldo had stood in front of the car with his arms crossed.  Odtsetseg shook her head at him.

“You are going to school and you will learn.”

Boldo shook his head.  It appeared he was holding his breath, but Odtsetseg couldn’t be sure.

“You will learn to hold a pencil.”

“Genghis wrote his own name, you know.”

Boldo uncrossed his arms and face.  He now looked at his playmate with suspicion. “Genghis wrote his name?”

“Yes!”  It suddenly occurred to Odtsetseg that the great Genghis might not have ever once written his name and she might be caught in a terrible lie.  She had to do something, though.  Boldo had so few heroes and she had to use one to entice him into being excited about the pencil.

“Alright, I’ll do it.”  For a moment Boldo looked defeated and then he got excited again and climbed the VW again to look at the new ger.

Odtsetseg began to climb up with him when she heard a terrible cry from across the camp.  “Boldo!”

Both children followed the voice to the hulking frame of Sukh, Boldo’s father.  He was in his heavy quilted coat, holding his lunch pail and a bottle of what looked like wine in a paper bag.  Boldo jumped down from the car and ran to him, his little boots moving so quickly that Odtsetseg hoped he wouldn’t trip and fall.

Soon he was the size of a dumpling, running up to the man whose voice was so mighty it travelled through the whole camp like thunder.

Sukh’s expression was impossible to see from where she was, but Odtsetseg  was frightened as she saw him reprimanded her playmate, most likely for being out too late and then hit the back of his head with his open palm.  She hoped that it would be the end for tonight.  She hoped that Mr. Sukh was tired from work and that he would go to bed immediately after entering his ger.

She walked toward hers, her breath now in silver ribbons before her.  She picked up the dairy bowls and entered the ger as quietly as she could.  Grandmother didn’t stir, but rather picked heartily at her teeth in the glow of the television.

In half an hour she was washed and in bed herself.  She smiled, remembering the new white ger - the frosted cake in the middle of the camp.  She grew serious thinking of Boldo and his own ger tonight.

Soon she heard her own father come in and lay his own pail down on the shelf as quietly as he could.  Grandmother had fallen asleep in her chair and Mother was one more day in the country before she came home.

“What is this?” she heard him smiling.  “Is my little star flower awake?”

“Father, our new school is here.”

“Father, could Genghis write his name?”

And she did, happy that she didn't tell a lie after all. 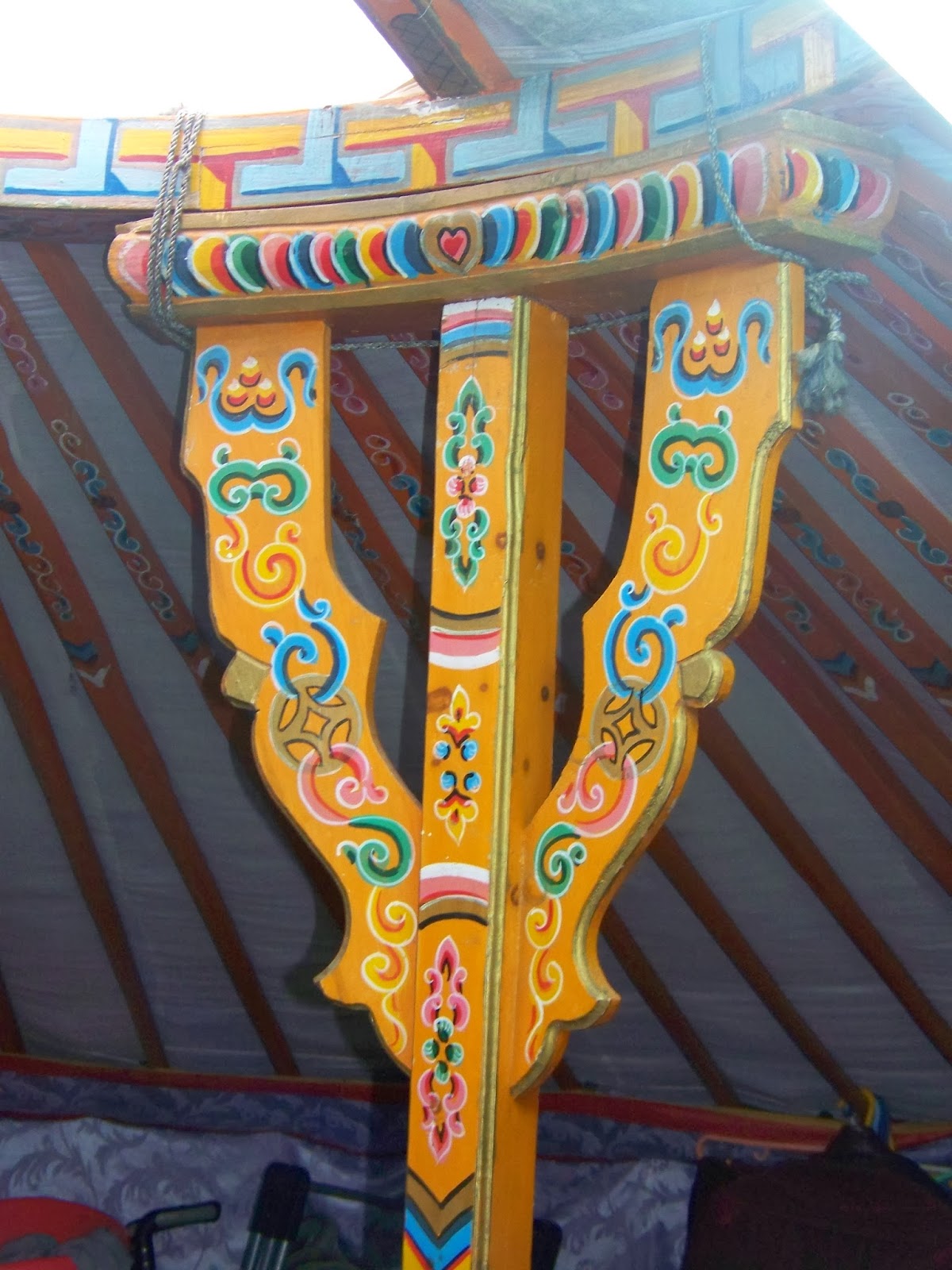 Posted by Brazen Princess at 1:00 AM