In every human heart there is a beautiful thing that searches for a true love.

Walt found that in my Aunt Emmy, after she lost her husband (my Uncle Rich) to cancer.  They became companions, friends with romance.  My Uncle Rich had unusually large shoes to fill and the transition into our family wasn’t an easy one for Walt. I’d have to say that the family didn’t accept him so easily, or maybe I can only speak for myself.

Still, in my heart there was also that thing that finds a place for new people.  My heart soon found space for Walt and  I loved him like he was a part of our family.

I wish I knew the moment it happened.

Probably the thing that solidified his place with me(in my finite mind) was the way he connected with my children.   It’s easy to pick out the leaders in a crowd – just see which person your kid loves.

All of my kids and my siblings’ kids loved Walt, and we promptly took advantage of this by making him dress as Santa on Christmas Eve.  He didn’t mind at all; in fact he played the role with gusto, dressing up in the red suit, padding his waist and blushing his cheeks.

The kids loved their new Santa, especially when he (Walt) would shout orders to the reindeer on the roof, correcting Rudolf for making too much noise.   They took their turns sitting on his lap while he handed out gifts….

In 2013, I was enjoying the thought of these early Christmases as I watched him work his magic with all of the kids that surrounded him.  Before he left the house to transform back into Walt,  Santa asked for two cookies for Rudolf before he left.  It was my granddaughter, Harmony, who brought them to him. 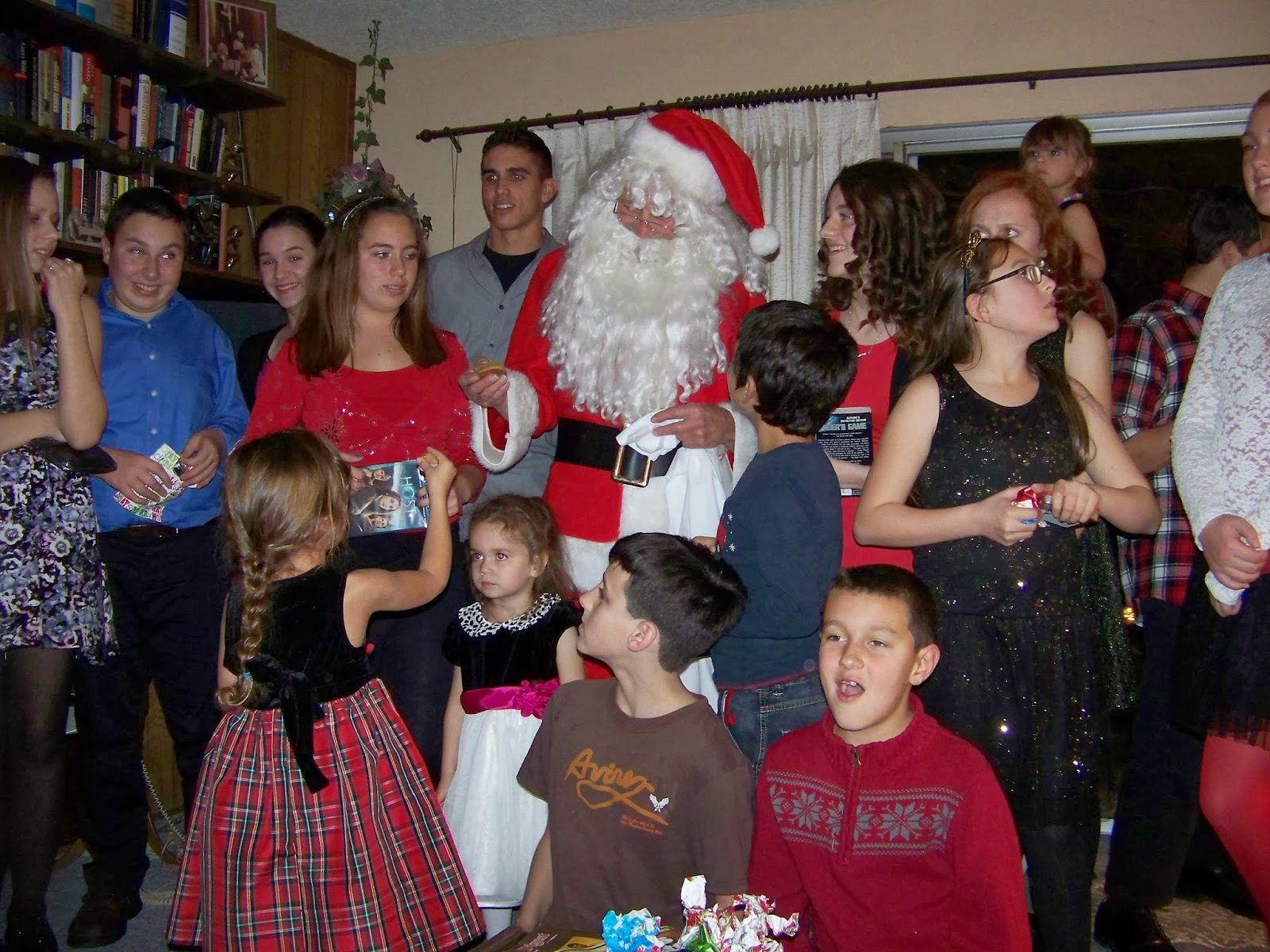 It was the last Christmas that Walt would be Santa.  He died this evening after a shockingly brief bout with C-diff, a serious colitis that took him quickly.  It seemed like one day Walt was in the hospital, three days later he was in heaven.

I am in shock and denial.  I tap out these words in remembrance of him and thinking of how  I had grown amazingly close to Walt over the years.  Especially after he and my Aunt Emmy came out to South Africa in 2012. 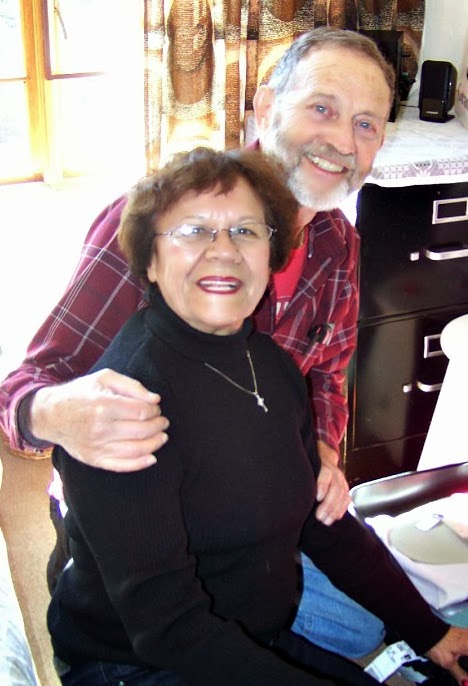 Walt and Aunt Emmy landed in Johannesburg and were amazingly popular with all of our friends right away.  They thought Walt hilarious and a good example of a guy who wasn’t afraid to have fun, especially when it was time to braai.  We hosted a party so that our friends could get to know them and heard time after time that they would be welcome in any of their homes,  anytime.  What I’d known about my family was confirmed: they were awesome!  I was celebrating that my Auntie and Walt were here – my FAMILY was with us!!

As the party wound down, Walt offered to help clean up.
My friend, Elmay, caught Walt in the kitchen washing dishes more than once (Walt loved washing dishes by hand).
“What are you doing in here?  This is YOUR party!” Elmay said to him.

“It will only take a few minutes,” Walt said, but Elmay took him by the arm and led him back outside.

In the days they were with us in 2012, we visited a diamond mine (which they loved) together and visited local attractions.  Being adventurous, they went off by themselves to Cape Town for a visit to see the other side of the country.   We went to Pilansburg (a wild game park) together, and while they surveyed big game I furiously pounded out the last part of my first novel.  Auntie Emmy and Walt took the manuscript back home and mailed it to my editor.

It was sad to see them go, but the trip had bonded us for life.  I wondered why I was still calling him “Walt”, not Uncle Walt -a term of endearment that I think he deserved.

Recently at my daughter’s wedding, one particular group of my son-in-law’s family enjoyed him so much that they remarked about him as I said goodbye to them later.

“We really enjoyed your Uncle!” they said.  I was perplexed – I tried to think which of my Uncles came to the wedding.

“Your Uncle Walt!  He’s so friendly and so pleasant.  He’s welcome at our place anytime!”

“Everyone says that about my Uncle Walt,” I said.  It was true.

Tonight I realize that he was my Uncle Walt because I am in pain.  I am grieving like a girl who loses an Uncle – not an Aunt’s longtime companion.  He was goofy and colorful.  He was adventurous and friendly.  He was always the one everyone was happy to see, happy to welcome and happy to have working on a project.

Walt loved doing the dishes because he loved to tell you about the efficient way of cleaning he had chosen; He hadn’t used his own dishwasher in years.  He’d break into song at a moment’s notice, and always corny tunes.  He was positive without apology; believing the best about people and staying positive about life, even with all of its ups and downs.

I am grieving his loss… deeply.   Even so, I know one day we will be reunited.  I know that Walt is with God, at his happiest place right now.  I have to comfort myself with this, because it is me who needs comforting right now.

I can’t believe he’s gone from us.  This world needed Walt. 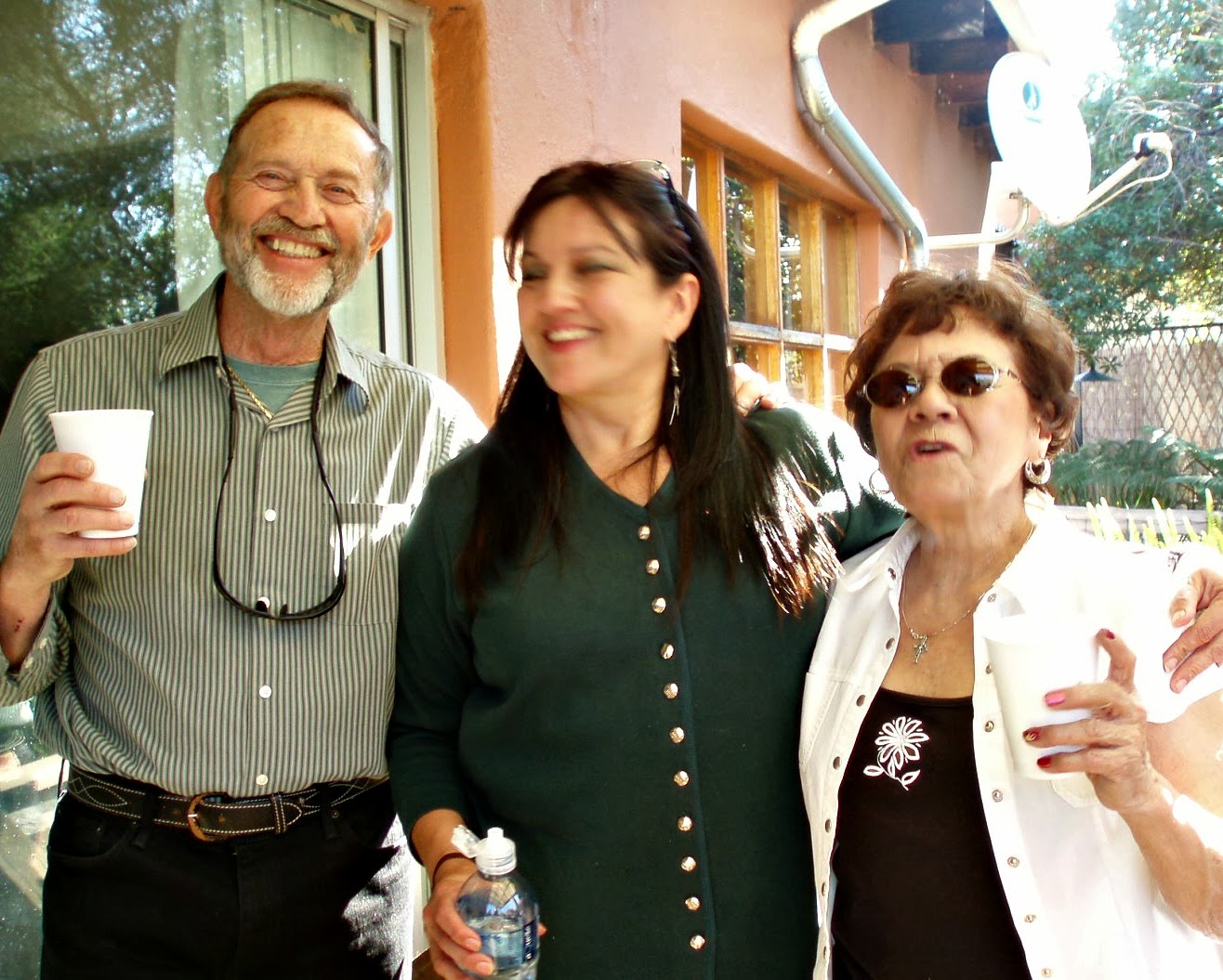 Posted by Brazen Princess at 11:26 PM