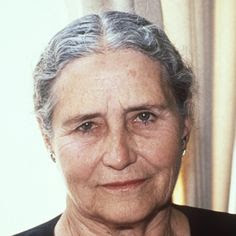 Doris Lessing was born Doris May Tayler (with an "E" not an "O") in Kermanshah, Iran, on October 22, 1919.  Her parents, Alfred and Maude Tayler were both British, brave and born for adventure.  This is why the family moved to Southern Rhodesia in 1925.  Doris had one brother, Harry, and the two of them grew up in the wild and unspoilt veld, just outside of Salisbury (now Harare).  When she was fifteen, Doris began to write, overcoming many obstacles in pursuit of honing her craft.  Lessing moved to London in 1949 and stayed there for the rest of her life. Lessing received many distinctions and awards, including the Nobel Prize for Literature in 2007.  She died peacefully at the age of 94 in 2013. 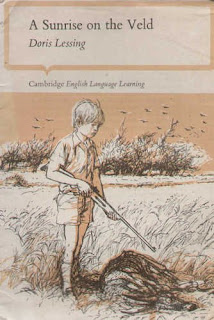 When We Met:  The first time I read Doris Lessing I was living in South Africa.  I read one of her short stories, as bare and gnarly as the exposed roots of a baobab tree, with fascination and appreciation.  I also  had a deeper knowledge of what she was talking about simply because I lived in Africa.  Lessing wrote with the appealing and unique voice of a white African woman, familiar with the rugged, untamable Africa.  When people ask why I love her, I tell them that she sewed my heart back together – after it had been split between two continents.

Why She’s Good: Lessing’s brilliance is in her delivery: she is brutally transparent in her descriptions of everything.  An average reader could be misled by her perfect English and Austen-esque execution, thinking she is telling a proper British story.  Within a few chapters, the reader is caught in a web of inescapable human drama.  Lessing is faithful to administer the brimstone of African truth, showing us how the world is brutal and how we all need one another to survive.  Segregation, sexism and racism were Lessing’s favorite themes, so her work was touted as radical for its time. 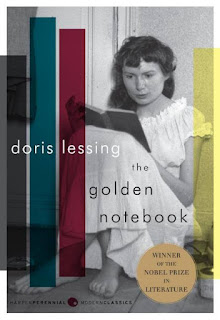 Plot Variations:  A black gardener saves the life and sight of his young master and then refuses to reveal what herbs he used to do it.  A young boy treks into the veld just in time to see army ants demolish a buck.  An author’s compartmentalized life is forced into one, digestible piece of literature.
A pioneer of feminist and post-modern literature, Lessing told tales of feminine struggle, politics, and family –but nothing was as astounding as her African pieces.

Favorite Quote:  Lessing was incredibly private, despite being a public author.  After The Golden Notebook was published, she was revered as a feminist leader, but reluctant to accept that role.     "I've got the feeling that the sex war is not the most important war going on, nor is it the most vital problem in our lives." 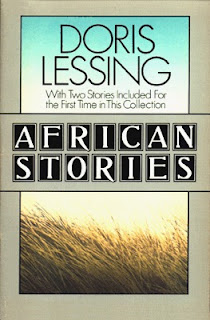 Buy One: If you were to buy only one Doris Lessing, I would suggest African Stories (1964).  An early Lessing sampler that gives you a taste of how she writes.  She evolved into a more accomplished and forgiving author as she aged, but this book is filled with the gorgeous angst that made me want to read more and more and more….  Besides, my favorite piece ever, “No Witchcraft for Sale” is in it.  Available here from Amazon.

Trivia:  In one of the most astounding blessings of my life, our friend, Keir Tayler, asked me to help him compile his memoir.  As we began work on the project, Keir told me that his father, Harry, was raised in Southern Rhodesia by British parents.  Harry’s sister was the author, Doris Lessing.  After I recovered from my heart attack, Keir and I actually completed his amazing memoir – Available here through Amazon.

Beauty: I leave you with the touching, gorgeous, African kiss that whispers of the veld (for Americans, pronounced ‘FELT’):
“Soon he had left the cultivated part of the farm.  Behind him the bush was low and black.  In front was a long vlei, acres of long pale grass that sent back a hollowing gleam of light to a satiny sky.  Near him thick swathes of grass were bent with the weight of water, and diamond drops sparkled on each frond.”


~From "A Sunrise on the Veld" by Doris Lessing
Posted by Brazen Princess at 4:45 PM