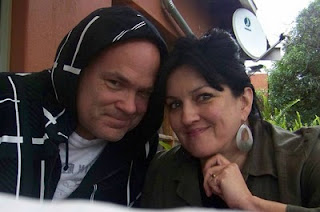 The history of Mayday is a confusing one. Depending where in the world you are it could be a day where the corporate would be forced to recognize the masses (it is said to have begun in Russia as a "labor day" kind of holiday). Or it could be a day of commemorating the oncoming spring, as in a presentation of May baskets and delivering flowers in small paper baskets to the door, hoping you won't be caught, lest you may be forced to kiss the person you are delivering it to.

My favorite Mayday story comes from Oxford, England. At sunrise, tradition mandates that a large collection of college students from (of course) Oxford colleges welcome the day (and the season) by listening to traditional songs from choirs in the Great Tower of Magdalen College before the clock strikes six a.m. As soon as the clocktower strikes six, several students, mad as hatters, jump off Magdalen Bridge into the River Cherwell. If you want a good visual, watch "Shadowlands" the story of C.S. Lewis finding love, and you will see the dramatization of the whole event. There is a line from the movie where Anthony Hopkins (as Lewis) tells his future wife, Joy (Debra Winger) as they watch: "They're all mad. I wish I were one of them."

In recent years the bridge has been closed on May first to prevent people from jumping, as the water under the bridge is only two feet deep and jumping from the bridge has resulted in serious injury. To save people from impulsively hurting themselves, the British government took matters into their own hands. The singing is still legal, but the jumping off the bridge at six is not.

In the past yet there are still people who insist on climbing the barriers and leaping into the water, causing injury to themselves, and later regretting their fool-hardy actions. Their one consolation is that they will live through it, and later tell their grandchildren.

Speaking of grandchildren, I saw mine today. Harmony got her first tooth and as Alicia struggled to keep her still long enough to show me, she finally said "She wiggles too much now." I laughed. It was a good chat, and I talked with Bud and Alicia for awhile even though they can't see me (my new computer does not recognize my webcam). I spoke like a mother, they listened dutifully. Sometimes I can't believe they're still together, but they are determined. I have tried to discourage foolhardy behavior.. but it is no use, and I have just learned to shut my mouth and love them.

Ahh, youth. I remember those days. In some ways, I am glad God saved me from myself. In other ways, I can be like Lewis, a good man of God, proclaiming "They're all mad. I wish I were one of them."

Email ThisBlogThis!Share to TwitterShare to FacebookShare to Pinterest
Labels: May day madness