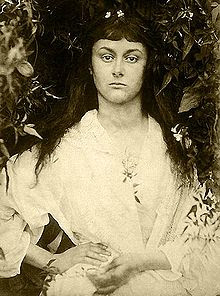 Now and then, when we break away from full-time ministry we take a look at the Americas, the modern-day Greece that sets the world alight. The movies, my favorite comfort, trickle into South Africa two or three months after they have debuted in the USA. This used to annoy me, being a film buff, but I have to admit that it no longer does, since I have admitted that I never see first-run movies anyway.

The truth of the matter is that no one is quiet during a flick anymore. Not even in the best movie-houses. I remember the first film when I realized this -- on my 23rd birthday wathcing "Little Shop of Horrors" with Shari and Colleen, my two excellent sisters. I sat next to a vata, angry that the theater sold out and that she had to be bottled up next to me.

I don't blame her, really. There was nowhere else to sit, and I was just as frustrated that I didn't have laughing room... with all the movie was pitched to be.

Still, theaters have become talkative, unfriendly places for people who love film. I'd rather see a film on a plane.

Today, as I un-wound in front of our small tv (it is a normal screen, with no bells, whistles or HD) I saw a show called "America's Top 10" talking about the box office in America, or what films were bringing in those valuable American dollars. Ha!! The show is very interesting and instantly connects me with our industry that is so sublime, so valuable to the hearts and souls of so many...and to me.

The film "Alice in Wonderland" by Tim Burton was featured as one of the top ten. I watched as the new film by Burton (the man who fancies himself as a dark, cutting edge filmmaker) featured a 19-year-old Alice who "returns to the magical world from her childhood adventure, where she reunites with her old friends and learns of her true destiny: to end the Red Queen's reign of terror"...and I sighed.

Burton has always been a joke to me. First of all, he's beautiful, but so dark and emo and clueless that I laugh at his pathetic attempt to bring truth and beauty to a medium he could have conquered long ago with the conception of truth. I feel no sorrow or pity that he's lost it, even with Johnny Depp as a star and the Hatter (who I would love to see in this role). Instead of conveying truth inside of his surreal world, he perpetuates a Disney "un-truth" -- Alice is docile, a sideshow in her own story...and blonde. The cardinal sin.

Alice Liddel, in truth, was the daughter of Lewis Carrol's boss. She was a brunette, stunning... imaginitaive, and a pain in the ass.

On 4 July 1862, in a row boat, 10-year-old Liddell asked Charles Dodgson (who wrote under the pen name Lewis Carroll) to entertain her and her sisters, Edith (age 8) and Lorina (age 13), with a story. As the Reverend Robinson Duckworth rowed the boat, Dodgson regaled the girls with fantastic stories of a girl, named Alice, and her adventures after she fell into a rabbit-hole. The story was not unlike those Dodgson had spun for the sisters before, but this time Liddell asked Mr. Dodgson to write it down for her. He promised to do so but did not get around to the task for some months. He eventually presented her with the manuscript of "Alice's Adventures Under Ground" in November 1864. This set the stage for the most brilliant screenplay of Walt Disney: Alice in Wonderland. There was only one hiccup, one scratch in the record: Disney made Alice blonde.

He also made her very polite. Alice, in the tale penned by Carroll, was a self-righteous, stubborn, willful girl in need of a good hiding (as the English say). His deep portrayal of the eleven-year-old was so unnatural for the day that most folks frowned upon the portrayal of the womanly Alice, almost domineering and adult... Carroll was later kicked aside by the family and never allowed near the girl again. Imaginations and stories strayed.

As I sit back and see the Alice appear again on film, I can say that again I am disappointed in the portrayal. Alice a blonde. Alice clueless. Oh dear, oh dear. The Mad Hatter is the real goon. The Queen of Hearts (or as Burton calls her, the Red Queen) chosen as the resident lunatic. Oh dear, oh dear.

How many times can we et the story wrong?? Yeah, Tim Burton, you're so goth and cool and we bow down to you, oh master of creativity and life.

I know the real story.

Alice was no Blonde.

My daughter was named after the real one.

She wasn't blonde.
Posted by Brazen Princess at 3:03 PM