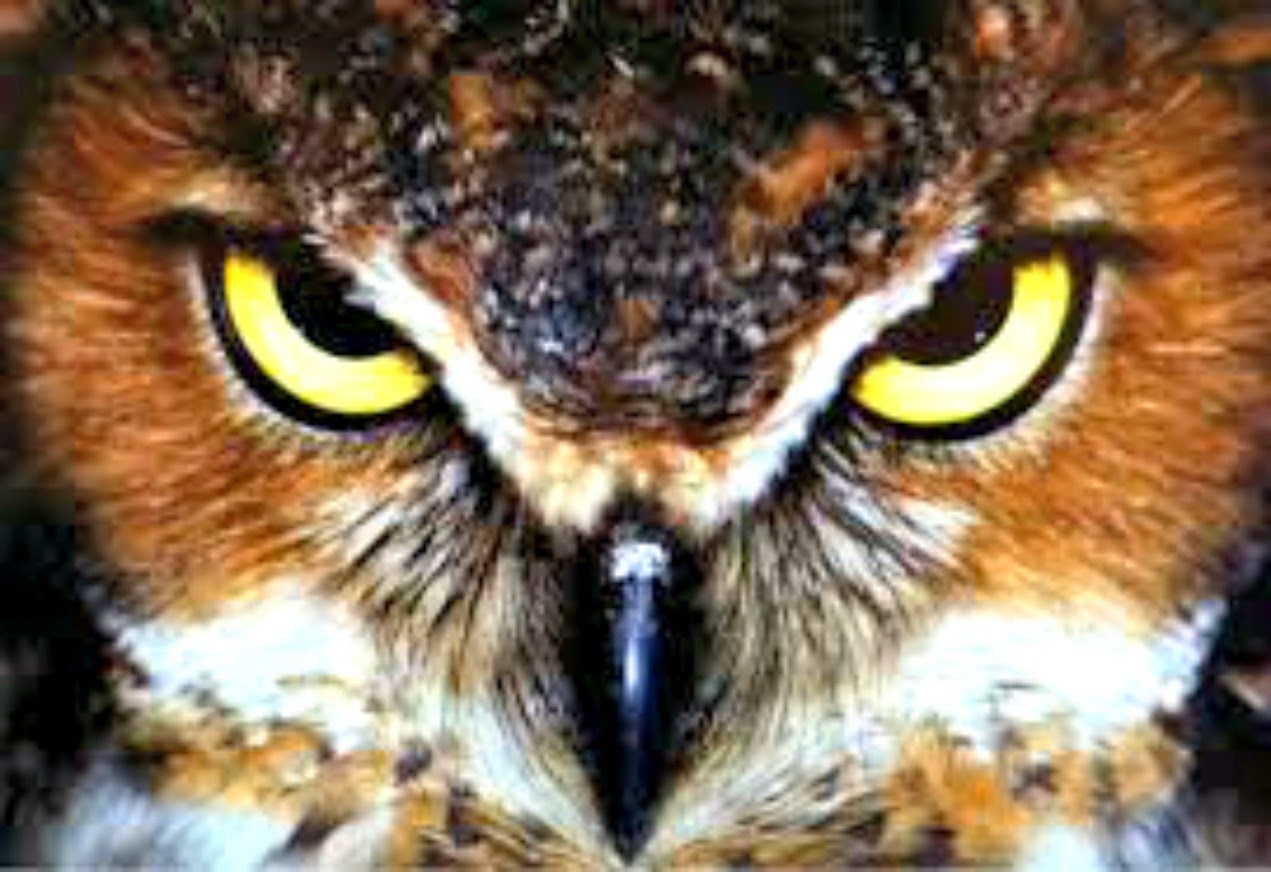 The Mulch Elves always took a good, long vacation after the harvest was complete.  Helping the ants bring in the grain, morsels of food and bits of dried fruits and nuts was not an easy task – but they were happy to do it if it pleased their ant neighbors.  This year when it was all over, Papa and Mama announced that the trip was going to be wilderness camping – a decision that pleased the children.

The family packed their belongings, each carrying an elven sleeping roll tucked neatly into a backpack.  Mama packed a measure of grain to roast and tied it in a red bandanna slung over her shoulder.  Each child carried sunflower seeds and dried pumpkin flakes for snacking; along with a skin of water that they could always refill at the nearby creek.  Papa carried a skin of spirits (that he had been saving especially for the trip) and a few cigars.  Since he was the strongest, Papa carried the sulfur matches that he’d use to start the fire once they made camp.

Together the family trekked out on their adventure to the wilderness area that bordered the Cooper home, whistling elven marching songs.  The brisk walk and change of scenery provided the Mulches with a sense of being lost in a secluded location where no one could find them.

Once they arrived at the clearing by the creek, Papa and Mama told their triplets to go and gather firewood as they set up the camp.  Edna, Ferris and Anna quickly set out to find the driest, most fragrant wood that they could roast their grain over while Papa told ghost stories.

“Do you think Mama will get scared again this year?” Ferris asked his sisters, smiling mischievously. “Last year she almost went home when Papa told his story!”

“I hope she doesn’t get too frightened,” Edna said.  Her small face look worried to her siblings. “Mama needs to relax just like the rest of us.”

“None of us can rest and listen to Papa’s ghost stories,” Anna laughed.  “They make me terrified!  I never sleep the first night of vacation!”

There was truth to what Anna said, dear ones.  On vacation, Papa loved to scare his family with the ghost stories he would conjure in his head.  It was his special delight to sip spirits and smoke a cigar while his family’s anxious faces glowed in the firelight as they listened to him.

That night was no different.  After the fire was lit (Papa used his toenails as a flint to strike the match), the family sat around it, cross-legged with sticks, roasting grain and eating it until they were stuffed.  As Papa lit his cigar, he looked around and sighed.

“I have to tell you, family,” he began.  “That it was a night just like this when Annabell Tree went missing right in these woods…”

“Please, don’t start!”  Mama interrupted Papa, her brow furrowed in worry.  “Please don’t bring that girl’s name into one of your stories…”

The children were leaning forward, bursting with curiosity.  “Who is Annabell Tree?”

Papa looked carefully at Mama before proceeding.  He took another puff on his cigar and leaned back against a rock.   “The question is who WAS Anabell Tree.”

“Who was she, then?” Ferris’ voice trembled as he asked.

“She was a young girl, no bigger than you three in years.  Of course she was a human child, but she was out taking part in a marshmallow roast with her family, just like this one.”

“Do we have marshmallows?” Anna asked Mama, who shushed her as she glared at Papa.

“Annabell Tree,” Papa looked up at the sparks that floated up to the sky from their campfire.  “She wanted to fly, as I remember.  She was on a trip with her Father, Mother, her nine brothers and sisters and her live-in Nanny.  Annabell loved vacations with her family, but she was a young girl who wasn’t satisfied with her life.  She wanted to test the boundaries of the natural world.  She wanted to fly!”

“Did you say she disappeared?” Edna asked when there was a significant silence.  Papa nodded sadly.

“Remember what happened, dear?”  he asked Mama.  She shook her head, an expression of concern covering her face.  “Mama doesn’t remember, but I do.  She climbed a tree, much like this one here.”  Papa pointed to a tall willow tree behind him.  “She climbed to the top, each branch getting thinner as she got closer to the sky.  Before she knew it, she could feel the wind in her hair and she was overcome by fear.  The family was all sitting around the fire, just like we are right now.  For awhile she thought no one noticed she was missing.  She wondered, as she clung to the branch, if she was suddenly scooped up by a large owl or an eagle if anyone in her family would notice.  This thought scared her and she decided to climb back down.”

The fire crackled between them, startling the triplets.  Papa yawned and stretched, then puffed on his cigar again.  “Yeah, it isn’t so easy to climb down a tree.  It’s a lot easier to climb up.  Annabell was so scared she couldn’t even call for help.  She was up there, with the wind howling in her ears and her arms wrapped around the branch she was clinging to, wondering how she would ever get down.”

Mama was shaking her head.  “Don’t any of you little elves even think of climbing a tree while we’re here on vacation!”

Papa was distracted by Mama’s outburst, but only for a moment.  As soon as Ferris, Edna and Anna assured her that they would not climb trees, Papa continued.  “It was then that the Nanny realized Anabell was missing.  The Nanny’s name was Ophelia, a big woman who had been putting the baby to sleep in his crib in the tent.  As soon as Ophelia came out to the fire, she looked all around for Anabell, but she was nowhere to be found.  The father was furious and blamed the Mother.  The Mother blamed the Nanny.  The Nanny blamed Annabell, and all of the children were running around calling her name like she was a dog, lost in the darkness.

“Anabell saw all of this, looking down from the tree.  She decided to call out and when she did, a big “WHO” came out of her mouth.”

Papa shook his head and puffed on his cigar.  He looked around and saw different expressions  on the faces of his family.  Mama looked worried, Ferris looked angry, Edna and Anna had eyes as big as saucers.  He decided to continue.

“You see, children, Anabell Tree got her wish – she became an owl.   She looked down at her arms and where there was once flesh and bones, there were now feathers.  Great brown and grey feathers.  Sharp talons were at the end of her feet….”

Papa pretended not to hear and continued.  “The family was so desperate to find the girl that they organized a search party with everyone in town, all of them equipped with Anabell’s favorite stuffed animals and candy.  Poor people!  They searched and searched for two days, never knowing that she became an owl.”

Papa smiled.  “Yeah, son.  It’s just a campfire story.  It’s probably not even real.  Some people say that on nights like this an old owl comes down and sits with the families and watches them as they tell stories or play cards around the campfire.  I don’t know, I’ve never seen it.”

Papa unrolled his sleeping bag and stretched his arms to the sky.  Is anyone else sleepy or is it just me?”

As Papa said this, a great horned owl landed close to him, causing the dust to rise up from the ground in a cloud.  The Mulches were so startled that they nearly all ran home leaving their things there.  Instead, they waited for the owl to fly away before they packed their things neatly and started for home.  They did this in the middle of the night when crickets were chirping and owls would swoop down near them.  The Mulches (even Papa) trembled and marched quickly in silence until they arrived safely in their subterranean structure, just under the great sycamore.
Posted by Brazen Princess at 11:05 PM