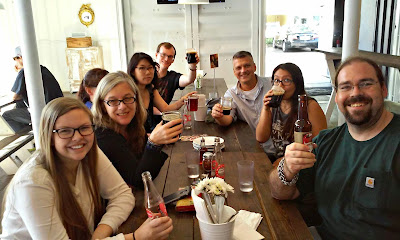 This week is known on campus as “finals week”, where students are tested on what they have taken away from the semester of the classes that they took.  I’ve always heard about finals – in fact, I did take part in them when I was at school the first time, but I never really studied – studying was for people who really cared about their grades.

I was born with a fine mind and most people liked telling me so – I liked hearing it.  The drawback of this is that I never really thought I would have to try hard at retaining knowledge.

This week is the week where it all comes together.  Professors see how much we have put into the class based on how we do in the all-important final examination.

Today I took a test in Political Science, which is one of my honors courses.  Our professor, Dr. Jeydel (we all call her Dr. J), spaced our tests strategically through the semester so we would have exams that assessed our retention of the subject matter equally – four tests over the 12 weeks.

I’ve grown to love this class, although I am far from a political science aficionado.  Being an honors course, it is populated by honors students, all whose minds are sharp and fast.  I realized I knew far less about my country’s government than I thought I did.  During the semester, we discussed the different facets of our government – the first successful federal system in the world.  I found myself politically opposed to others, but our arguments were always civil and I never felt like anyone was trying to push their political agenda.  I will miss everything about this class – it has been truly a growing experience.

Today was our last test and as a celebration, a few of us went out to The Federalist.  This restaurant, in midtown Sacramento, is named for the political scientists that blended a strong central government while retaining state’s rights to govern.  Without federalists, we would not have the republic of the United States – so we thought it was appropriate.

While we were in line to buy drinks, I saw a T-shirt hanging up that said “I prefer dangerous freedom to peaceful slavery” and pointed it out to my professor.

“Isn’t that terrible?” she remarked.  “That’s not even a Federalist sentiment.  Maybe I should tell him.”

The guy behind the corner knew how to fill up the mason jars with beer really well, but he didn’t know what Dr. J was talking about when she told him the restaurant’s flair wasn’t in keeping with Federalist doctrine.

The quote, I later found out, was from Thomas Jefferson, who also quoted an ancient Latin phrase  “Malo periculosam, libertatem quam quietam servitutem” (it has also been translated as, "I prefer the tumult of liberty to the quiet of servitude”).

“No, I didn’t know that,” he said, smiling wryly.  I could tell he was amused at her passion.

“Yeah, you might want to change that,” Dr. J was smiling, but I knew it mattered to her.

We sat down and ordered salads.  We all talked about what we were going to do over the summer, what our plans were to continue our education, what we liked about the semester… and eventually we decided to take a picture together.

I asked a guy who was quietly drinking with his wife to take a picture of us – and it came out a little blurry, but I didn’t care.  I was also slouching, but I guess that doesn’t matter either. 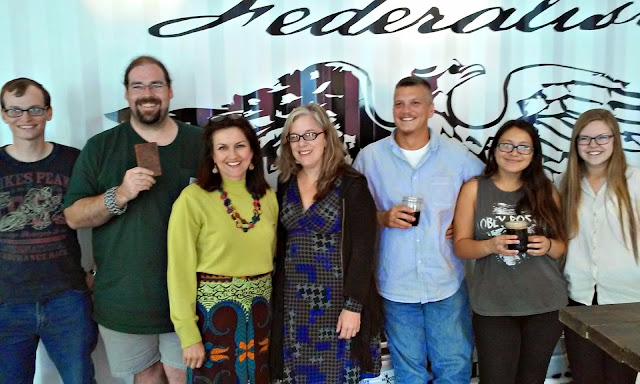 Posted by Brazen Princess at 11:39 PM