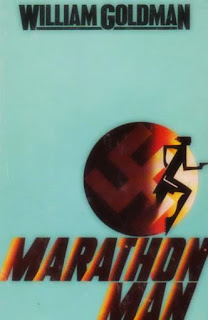 Everyday this month I will be blogging about the process of writing a new YA novel during National Novel Writing Month (NaNoWriMo).

Plot  is a literary term defined as “the plan, scheme or main part of a story” by dictionary.com.  Wikipedia describes it as “the events that make up a story, particularly as they relate to one another in a pattern, in a sequence, through cause and effect, how the reader views the story, or simply by coincidence.”

I used to read aloud a children’s picture book to my students when I was introducing creative writing as a unit.  It was called “Aunt Isabel Tells a Good One” (By Kate Duke, Picture Puffin Books).  In its pages, Aunt Isabel  said it best:  “A good story is the hardest kind to tell... We must put it together with the right ingredients.”

A plot, very simply put, is the ingredients of a story - mixed together; baked at the right temperature - that come out on the other side as the story. Sure, characters make a story real and geniune with their voices and perspectives, but no reader wants to be so distracted by characters’ voice that they feel like they never know what’s going on, or what's supposed to be going on.

Sometimes a plot is well planned, leading us directly from start to finish.  Sometimes it meanders through a forest, taking its time to show us more about the human heart, a multifaceted, sad, and beautiful place to make discoveries.

The absolute best plot I’ve ever read in a story was Marathon Man (William Goldman  1974), a conspiracy thriller novel that was soooooo not my genre, but it was lying around at my dad’s house and I decided to try it.  I was half-way through the book (which was really interesting) when I got slammed in the face with a pan – the plot came together all at once and all of the orphaned characters knew each other!!  BAM!!!    I have read a LOT of books, but none whose plot was as as well architected as this one.

The was also the juicy unravelling of Pride and Prejudice (Jane Austen); the masterful sugar-basket weave of War and Peace (Leo Tolstoy) and the tender non-plots of all of Flanner O’Connor’s stories, especially “The Turkey”, leading me to a place of recognizing that the human heart is constantly searching for elusive happiness, most of the time left with a bewildered realization that our journey rarely ends at the pot of gold.

I have been writing another novel at this time (two hours a day of sitting down and writing) and have begun a story in a genre they call YA – young adult.  My plot?   An unlikely romance develops between an effervescent cheerleader and a computer geek who has an unusual fear of hearing good news.  I’m thinking of calling the YA baby euphobia.

So far, the girl and boy share one class (a computer lab) and a family history that is remarkably similar (they have not yet shared this).  He is a new kid at school and has a funny name and a geeky hobby (he restores the schools computers in the lab) but he tries to stay away from her because she is so optimistic and bubbly and pretty and way out of his league.  The problem is, she likes him and seems to understand his heart, a rarity in high school.

So, my plot is still unfolding.

In NaNoWriMo a book called No Plot? No Problem! sells BIG TIME to authors wanting to write a novel in one month.

My problem right now with my new project?  Getting into the minds of the main characters – why do some kids experience tragedy and move on with their lives, while others get into terrible patterns of self-protection and sabotage of their own happiness? My is Gina effervescent and an optomist?  Why is Fred so walled off and self-protective?

Any insights? Ideas? Send them along to me!!  Especially you younguns!!

By the way, please join my blogsite: www.brazenprincess.com.  The more members I have the better chance I will have to get an agent to publish my book!!

Getting help for NaNoWriMo was never this easy!! Click here to Order "No Plot? No Problem!"

Kate Duke's Masterpiece "Aunt Isabel Tells a Good One" is perfect for all ages!!

Posted by Brazen Princess at 4:07 AM