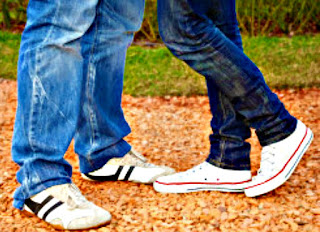 Everyday this month I will be documenting the process of writing a new novel in 30 days.
November is National Novel Writing Month (NaNoWriMo).

Young Adult audiences are fast growing, book reading machines.   The  American Library Association (ALA) defines a young adult as “someone between the ages of twelve and eighteen”, but the audience is more about heart than age.  After all, I’ve met some really old eighteen year olds and some really young forty year olds.

I decided to write a YA novel during NaNoWriMo because, quite honestly, it’s a genre that sells.  My first novel, a stunning drama called “Treasures in Diepsloot” is set in South Africa.  It’s a gorgeous story of four strong women (all from different cultures) and their daughters living in the old and new South Africa – in a township.  Professionally edited and polished, I have yet to find an agent for it.  One of my agent friends suggested that I write a “genre novel”, one that is more marketable.  After that one is published I can ask for my first to be published.

Sigh.  Not the way I saw things going.

So I tried to write Crime fiction (not my thing), science fiction (my brain doesn't work that way) and finally arrived at YA – a genre I love and remember breaking me into a love of literature.  S.E. Hinton’s  The Outsider’s; George Orwell’s Animal Farm and the haunting and awful Lord of the Flies by William Golding.

Most  YA  novels that I’ve loved are centered around the sequestered world of the young hero – lonely in a sea of peers that don’t understand him/her.  The Catcher in the Rye, by J.D. Salinger,  tells the tale of Holden Caufield, a boy/man who seems hell-bent on destruction.  Surrounded by people who are genuinely trying to help him find his way, Holden refuses to soften to them, seeing most as "phony" - a catch-all term he uses for most things that irritates him.

I’ve read it more than any other book I own- other than the Bible.  I keep hearing Holden’s voice in my head as I write the new one- the baby novel in its infancy – broad strokes done in November.

My new baby is called euphobia .

It is the interactive story of an unlikely romance between an effervescent cheerleader and a computer geek who has an unusual fear of hearing good news.  I have just reached a place in my story that I never thought I’d come to – a place of “Will this appeal to my audience?”
It’s their first kiss.

Since the book is told in turns by boy and girl, Gina is the first to tell the contact.  What you will read from here is her voice.  Please see if I’m on the right track – and get back to me with your thoughts.

Fred said he would help me with the party!! I was so excited that I hugged him! Right there in the grand hall right in front of the gym!  Wow!

He didn’t know what to do, he hardly hugged me back, but I didn’t care.  Right then I realized that I forgot to ask him to come to the planning meeting at my house the next day, so I followed him.  I watched him walk into the boy’s bathroom and decided to wait for a second.  Boys go pee so fast it’s like they are attached to the toilet already.

I was standing there when the tardy bell rang so I decided to holler for him.  I opened the door just a crack and yelled, “Fred!”

He came out of the door, looking like he had seen a ghost.  Following him was Troy and Todd – which explained things.  They seemed a little surprised to see me and it was then I knew that Fred had walked into an ambush – the pack of the swimmers probably harassing him.

“Well, well!” Todd said, smiling like some kind of jock idiot, trying to be cool.  I was so not impressed.

Fred looked from Todd and then to me.  At first I didn’t know what to do – but then I knew Todd was jealous of Fred.  So I tried to be cool.

“I forgot to tell you something,” I said to Fred, acting like a girl who was talking to her boyfriend.  I looked at him, hoping he would play along but instead Fred came to life and stood up straighter.  In that moment I felt like I fell into his heart.  His eyes were sparkling like emeralds, cutting their way into my soul.  I didn’t know what to say, and just stared at him.  Suddenly, I got filled with boldness.  I reached for the back of his neck and pulled him toward me.  I kissed him, a soft brush with my lips.  The smell of soap filled my head, and his face was so manly – something that surprised me.
I backed away, stunned by the feel of electricity between us.

“Well I’ll be damned...” I heard the distant whisper of Todd’s voice but all I saw was Fred, right in front of me smiling slightly.  He looked into me and then leaned forward again.  The kiss was soft: first his lips, then his mouth, then his tongue and he pulled my waist against his body.  He seemed taller, less like a boy and more like a man.  I melted into him and my eyes rolled into the back of my head.

I don’t know how long we kissed, but the next thing I heard was the hall monitor, clapping his hands as if to wake us up from sleeping.

I broke away and looked at Fred, feeling dizzy.  That was my first kiss - ever – and it was beyond perfect.  Fred was no ordinary computer nerd.  He was a hottie hiding out in the C-Lab and biding his time.  Why hadn’t  I seen him this way?  Ariel saw him like this before I did.  I was sure, at that moment, that he was real boyfriend material.  Prime real estate on legs.

Fred  lifted his hand to his mouth and wiped under his lips.  I could barely move, I was staring at him so long.

I snapped myself out of it.

“I forgot to tell you that we have a meeting at my house after school tomorrow,” I said.  My own voice sounded funny.  It sounded like I drank a milkshake full of pure sugar.  I cleared my throat.  “If you can make it.”

Fred didn’t answer, but he wouldn’t look away.  I felt weak, but I turned around and walked to gym, trying to act like everything was cool.  Who was Fred?  Where did he learn to kiss like that?  Did he just like every other boy, want to run me over and spit me out? Or did he love me?

I hardly knew what to think, but then I heard the hall monitor shout behind me.  “Get to class buddy or I’m taking you to the office!”

I turned around and saw Fred, still watching me as I walked away.

Posted by Brazen Princess at 11:44 AM