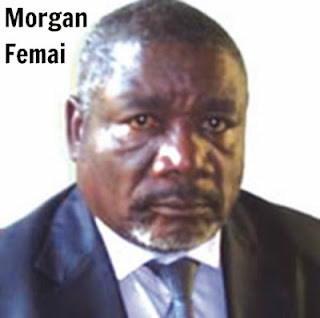 My excellent friend, Pindai, a woman of statuesque beauty and honourable reputation posts things on her facebook page that makes me think.

Today, an unfortunate press release from a Zimbabwean senator, Morgan Femai , woke me up and threw me against a wall.  He said, Friday while addressing a parliamentary HIV awareness workshop in Kadoma, Zimbabwe, that in order to curb the infection rate women  must bath occasionally, shave-off their hair, dress shabbily and get circumcised to make them less attractive to men.

I’ll give you a moment to digest that.

If it doesn’t make you mad as a hornet for content alone, let me introduce you to what the Senator is representing:  a government mandate in favor of women disfiguring themselves and become unhygienic in what used to be the most educated country in Africa.

“What I propose is that the government should come up with a law that compels women to have their heads clean-shaven like what the Apostolic sects do,” Femai said, adding that “They should also not bath because that is what has caused all these problems (spread of HIV).”

Femai also recommended circumcision for women – becoming the latest in a long line of  lawmakers who have pushed bizarre proposals about how to curb the spread of HIV.

“Women have got more moisture in their organs as compared to men, so there is need to research how to deal with that moisture because it is conducive for bacteria breeding. There should be a way o suck out that moisture,” he said in comments insinuating that the virus which causes AIDS breeds better in women than men.

Zimbabwe is one of the countries  that is most  affected by HIV,  but has seen a decline in new infections.   Because of superstitious teachings like this, the tables could turn and years of work being done by reputable organizations could be erased.  There are several public officials that have advocated sleeping with a virgin in order to rid yourself of the virus.  Sometimes these virgins are their young daughters, whom they end up infecting.

Another Zimbabwean Senator recently suggested that Zimbabweans must be limited to one sexual encounter per month. She also said that men should be administered a drug that reduces their libido.

Another legislator, Thabitha Khumalo, is also campaigning for the legalisation of prostitution claiming this could help the fight against AIDS.  How?  Who cares that no one knows.

Pindai, my friend, is from Zimbabwe.  So is my best friend, Portia.  If these men and women who are elected into office have their way, they could be forcing incredible, thinking women into a new form of slavery.  These superstitious teachings turning into legislation, make our American debates over birth control and gun rights pale in comparison.

This world has come a long way, but there is no joy in seeing an idiot come into power.  By injecting senseless propaganda into the lifeblood of a great country, Zimbabwe is being torn from the inside by its own leadership.

God help us all.

My thanks to New Zimbabwe Magazine, for detailed and accurate quoting
Posted by Brazen Princess at 10:22 AM