Argentina has a rich history and landscape.
Write a poem or story about it or the recent news coming from there. 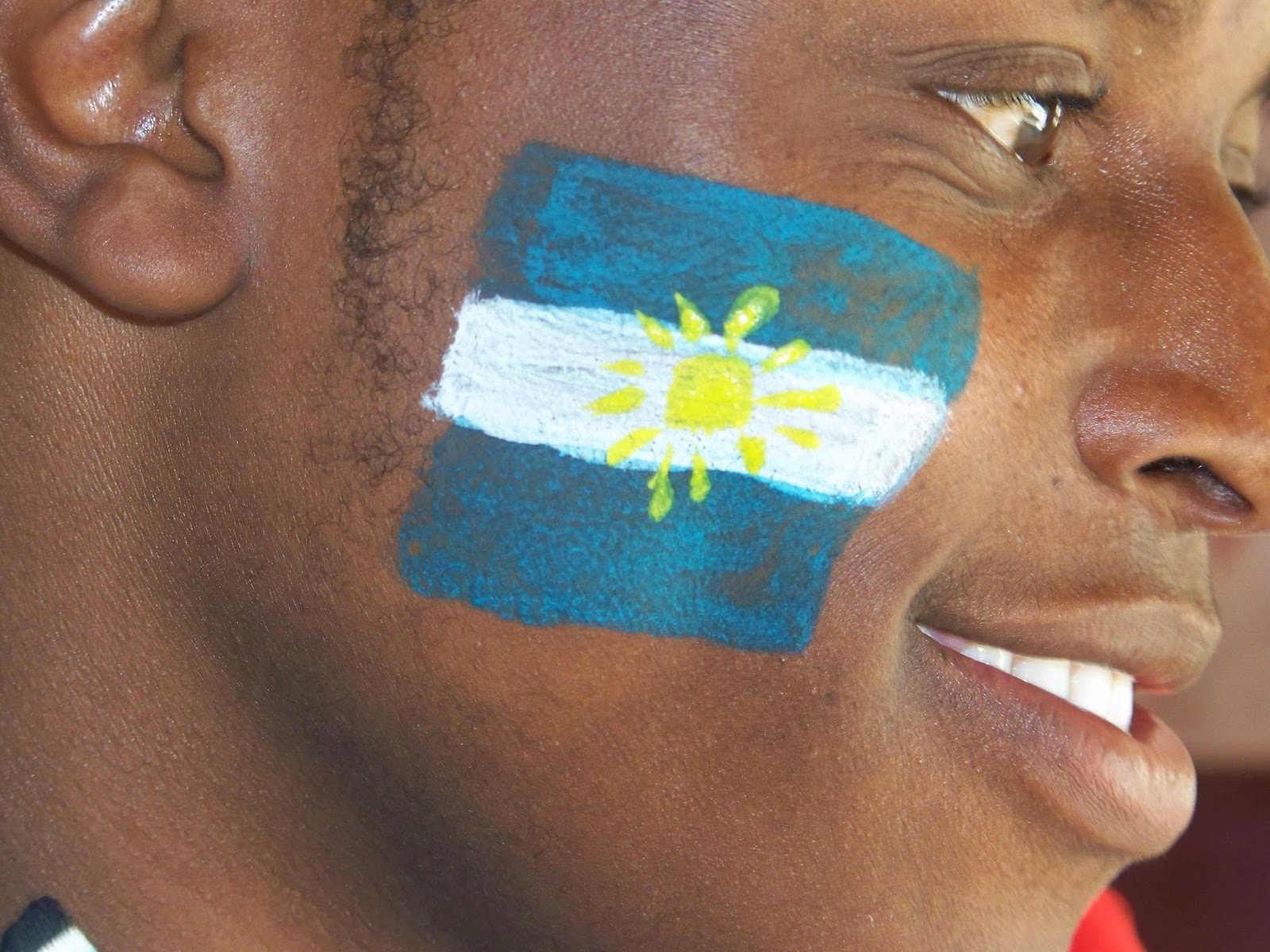 Their uniform colors are blue and white; stripes that descend vertically, rather than horizontally, different from their flag.  The horizontal flag stripes are forever etched into my heart.  I still remember painting it on the faces of kids the morning of the Argentina vs. Nigeria match in 2010. My kitchen was alive the morning of the game against Nigeria then; the game was to be held at Ellis Park later in the day and Mario was going with three guys who were given tickets by a group of American nurses.

Situated in the south-east corner of South America, Argentina is far from a poor third-world country.  Their economy is thriving, their beef is the best in the world and their Spanish is elitist, almost Spanish Spanish and we Mexican Americans see them as our light-skinned second cousins who live worlds away from us.  Still, I hope they defeat Netherlands and crush them deep into the earth and come away cheering in Spanish – the world needs to cheer in Spanish again!

Germany and Argentina.  The only thing they have in common besides two incredible soccer teams is a history of harboring Nazis. hmmm...

Posted by Brazen Princess at 3:38 PM