Please indulge me as I leave my adopted homeland. I am writing a series called
"Top Ten Things I would Have Never Said in America" 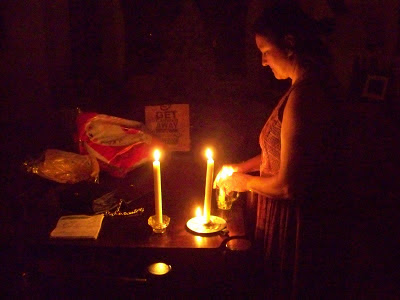 2.  Do you think we’ll have electricity?

The early masters of electricity, Thomas Edison, Charles Steinmetz and Nikola Tesla were thought to have been in league with Lucifer or as having wizard-like powers by the skeptics of their day.  Thank God that electricity took off and we learned how to harness its power of alternating current.

All three of the masters would shake their heads if they were resurrected and had to see their passion completely screwed up by Johannesburg City Power.

Come and get me.

Good luck finding me in the dark. 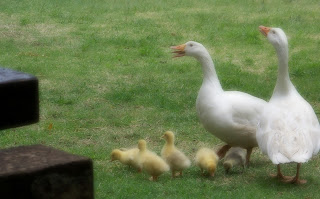 I live in Northriding Agricultural Holdings, a picturesque and glorious secret kept from the rest of Northern Joburg.  We live on a sprawling property that is like a retreat, green and lush.

Our friends love to come over to drink in the scenery.  Our dogs love to roam around the extensive grounds.  We love where we live…except for the issue of electricity.

For some reason, the whole electricity of this neighborhood is held together by primitive wiring and repaired by mandatory hirelings.

I have learned to be thankful for every day that we have electricity.  In December we had it for ten days total.

Today I took pictures of my surroundings to prove to you that I am not just whining and winging: 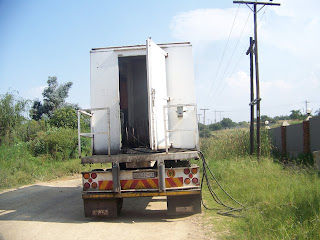 We have a standing generator at the entrance of the agricultural holdings that is running to power one side of the street.  A few weeks ago, cables were stolen by a work crew that said they worked for City Power.  They had uniforms and tools and a van, so no one here was very surprised to see them digging ditches, cutting wires, looking busy…you know, City Power kind of stuff.

It turns out they were all thieves: clever ones dressed to not attract attention.  They stole cable in the bright of day, while we drove by and waved.  We actually thought, “It’s about time the city is getting serious about our problems out here.”

The ditch lays open, a reminder that we can all be fooled some of the time.  The next thieves will not get away with it.

A few years ago we had thieves tear into the cable that fed the power box that fed our property.
Six or seven times. 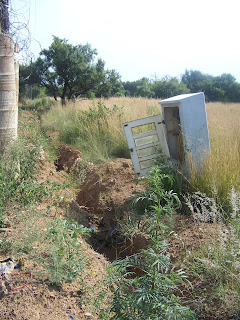 Our neighbor got so fed up that at the moment of the last repair, he and a work crew barreled cement casings around the cables.  This is what we call a deterrent.

We also have (as I told you yesterday) thunderstorms that could create such electricity Benjamin Franklin would never have tried that key experiment.  It has its way of finding the highest pole and zapping it.  We have lost power in the middle of a lightning storm too many times to count.

Mario likes to unplug all of the computers and TV when it gets really bad.  In the early days I used to shake my head and call him paranoid.  Then one day, lightning stuck and a flash fire popped in the middle of our kitchen.  It looked like a genie *poof* with a curl of a flame popping out of one of the outlets.

I ran outside I was so startled.

After that I joined in on the unplugging rituals. 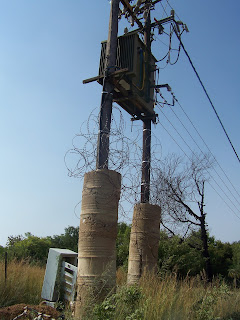 In the USA we loved to talk about the power companies and how they overcharged us; how they took forever to fix things…ya ya ya ya.  What whiners!  Power in the first world is delivered all the time, and unless you are the victim of a fire or a natural disaster, you have it.  It costs a lot, but all electricity is expensive, all around the world.

Corruption is when there is neglect, mismanagement of allotted funds, scheduled load shedding and acting like everything is under control.

This is the way it goes:

A few months ago, Eskom proposed another 16 percent electricity hike; according to a report given to the National Energy Regulatory Agency of South Africa (NERSA) that governs electricity .

This means an increase in rates for the consumer.   We will pay more money for power we don’t get; monitored by equipment that is not working properly.

Give me a huge, honking, flipping break.

Every night we come home from somewhere I dread walking in to a house with no hot water and lighting candles.

“Do you think we have power?” I ask Mario as we approach our house.

“Oh yeah!” Mario answers, smiling.  “I’m just not sure we have electricity.”

Posted by Brazen Princess at 8:43 AM