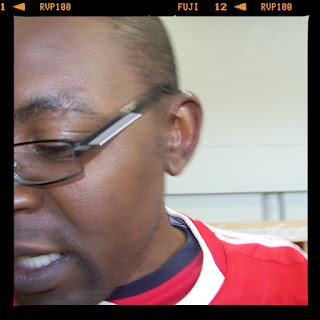 Some people in our lives get us more than others.

That’s how we felt about Shepherd and Eve when we first met them.  We didn’t have to explain away things we said and for some reason they thought our jokes were funny.

It wasn’t until later that we realized that our friend, Shep, had a heart for teens – a people group that we seem to struggle with more than any other.  Shep loved kids and he loved hanging out with them.  He seemed to have instant rapport with most of them  - and his way was infectious.  It took awhile but we got into the groove of hanging out with teens the way Shep does.

In a way, all of Shep’s strengths and spiritual giftings come second place to one most people don’t see: he is a friend to Mario.  My husband is literally the best person I have ever met in my life.  His heart is solid gold and he has a wealth of love and service and joy that oozes from his heart.  Many people see him as a spiritual man, a giant almost, and they either love him for that or they rely on him as an elder.  Mario’s faithful and true personality sometimes gets weary.

That’s when Shep comes in, usually unannounced and revives him.

“Hey, my brother,” Shep will yell, pretty obvious that he’s ready to joke around.  “I don’t mean to humiliate you, but I’d like to wrestle.”

“Don’t even try,” Mario will smile. “You’ll embarrass yourself.”

Shep will now and then joke about wrestling Mario because he was an All-American and is still impressive.  Also, they’re the same height and they are both the type to let off steam by throwing someone around.  Still, at their ages it’s mostly a bit of lions roaring... just to show they still can.  One day I came to the main auditorium at the Junxion Center to find them wrestling on the gymnastics mats.  It was scary to watch, but Bright and Norman (the Center’s main workers) were looking on, entertained.

“Bright, how could you allow this to happen?” I shrieked.  “Mario’s gonna hurt him!”  Bright wore the smile of a man – one that loves and understands this stuff.

“Leave them alone, Ma,” he said, watching the brothers throw each other around like violent Sumo warriors, the mats beneath them squeaking.  I left the scene, shaking my head and rolling my eyes, knowing I would be massaging my husband’s sore muscles later.

This was all Shep’s fault.  Mario would never normally wrestle unless provoked seriously.

“Man,” Mario cooed as we drove home later.  “I needed that.”

Mario needed to get bruised and bloodied that day, working out his frustrations after a particularly difficult meeting.  Battling for position of Alpha male with Shep gave him a chance to blow off steam and brought peace and a smile to his face.  I, in turn, rode home with my arms crossed and silent, like that was constructive.

Later, after slathering Neosporin on Mario’s knee and ears, it hit me: Shep and Mario were playing.  They found a place to fling each other about like two teenagers – Varsity students wrangling and walking home after, satisfied.

It still makes me smile.

Mario needs to play.  He needs to be goofy and smack people around.  I think he did it much more in the States where he had more close friends.  Here, as a respected leader, he can lose the chance to be goofy and boyish.  Until Shep comes around.

Shep understands and  loves Mario, trusting him with his heart.  They have heart-to-hearts and hang out like old college buddies.  They swagger around like two guys who've known each other forever.  After hanging out, they are refreshed.

So when people talk about Shep and how great he is with youth and how much of a heart he has for living on the edge I agree.  It’s part of why I like him.  He’s also a good husband and father.  But I love him for being a friend to my husband.  That is solid gold to me.

Happy Birthday, Shep.  You’re one in a million.

Posted by Brazen Princess at 1:30 AM