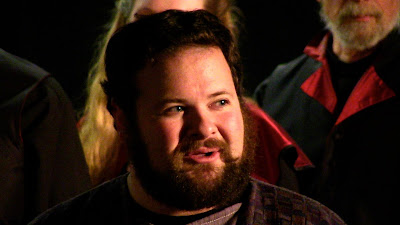 The day I met Adam he played the theme from Veggie Tales in my living room -on a tuba.

Wrap your head around that.

We all have those friends who bring color and vibrancy to our lives.  Adam is a friend who lights up and encourages everyone around with love, sincerity and an infectious belief that he can do anything.

Two years ago, right after we returned from Africa, he ran for Sacramento City Council and printed business cards with his face in the foreground and the American flag in the background. 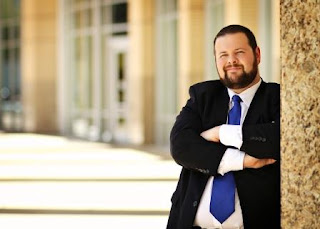 We walked precincts for his campaign.  Only Adam can motivate me, at 53, to walk precincts!

Adam epitomizes everything that is good about America.

Adam also belongs to our church and is on the worship team.  Not only does he have an incredible voice, he also plays harmonica with soul-felt passion that can make you weep.  He is also the guy who shows up early on Sunday to set up the signs that direct newcomers in.  He attends small group regularly and is usually in a good mood, even when he’s had a bad day.  He loves God and believes that God is who He says He is. 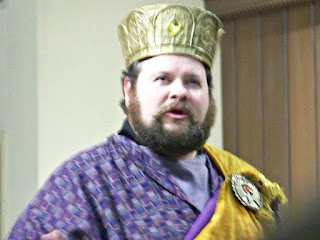 Adam performs on stage at community theaters and is quite good.  Since Broadway is in Mario’s genes, we started going to Adam’s plays as soon as we returned from Africa and I am happy to say that we haven’t missed one.With his encouragement, Mario auditioned for Man of La Mancha at Davis Community Theater and played a muleteer to Adam’s Sancho Panza.

Tonight Davis Musical Theater had a send-off potluck for Adam, who has decided to pursue the dream of going to be a full-time actor.  Doing this requires a complete life change; it means moving to Los Angeles.

“I will get an agent once I’m there,” he told us over dinner one night.  “It’s too hard to do things like that long distance.”

The Jewish mother in me rose up.  I wanted to warn him not to go without having representation.  The world of the performing arts is littered with the bodies of those who “almost made it” and I didn’t want Adam to be one of those.

“What will you do once you’re there?” I asked. 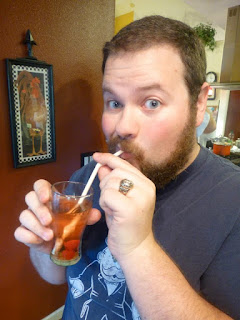 “I will go to calls and auditions,” he said, with his typical, jovial confidence. “It will be hard work at first, but I’m up for the challenge.”

It occurred to me, over dinner, that it doesn’t matter if Adam “makes it” or “hits the big time” –he is pursuing a dream.  Just like I am.

“Adam, what will we do without you?” I asked him.  He laughed.

We did not go to Adam’s send off at DMTC.  I am horrible with goodbyes and I never look forward to them.  I have messed up every goodbye that I have ever done.

The truth is, we will suffer his loss greatly – his ever-present optimism and joy are things I have taken for granted.  I guess I assumed Adam would always be there, and now he’s off to the big city.

It would be just like God to hand Adam a role in the pilot of a show that has serious success.  Or give him a great voice-over character, with his Brooklyn accent or  silly laughter.

This is how you know you love people –when you miss them before they leave.

Remember to cast your vote for Brazen Princess on KCRA's A-list for LOCAL BLOGGER!

Posted by Brazen Princess at 11:46 PM