Robyn Ornsby is a fairly new friend of mine and a Gold Star Mom,
a mother who has lost a son in the service of our country.  She’s not just any mother, she’s the mom of my daughter Alicia’s long time best friend, Morgan.

Like all Gold Star Moms, this weekend will be less festive
for Robyn than most Americans who will be bar-b-queuing.
It is the official time for these mothers to grieve the child
they have lost in protecting the United States.  It is the one
day that they are joined in their grief by all of us, as we stop
our lives and remember the fallen soldiers that made
life in America possible for the rest of us.

“Ever since I lost my boy I have battled with why people
don’t celebrate this holiday,” Robyn told me.  “I have a
hair salon and if I ask a group of fifty people what
Memorial Day is, only one or two will know exactly
who we are remembering.”

According to the most recent Gallup poll, only 28%
know that the holiday exists to honor those who
died in war.  Those who have died in war leave
behind families, and they remember the fallen


as more than just soldiers.

“My Jay-D was born a mischievous little
monkey,” Robyn laughed when she first told me
about him.  “Honestly, he was a little character
who found joy in challenging me!” Her laughter faded
and she sighed, “I would give anything
to have him here challenging me now.” 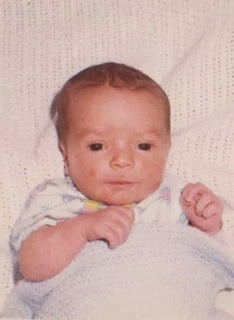 and seemed to be all boy through and through right away.

“He was mighty and tough, and he
wouldn’t tolerate anyone bullying him.  He’d give them a good fight.”  Robyn was always trying to teach the delicate balance of sticking up for oneself and self-control, especially when Jay-D started sticking up for his friends in the same manner.

“I would get a call from the principal's office, and they'd tell me that Jay-D was in there for fighting a boy who was bullying someone else,” Robyn told me.

“When he got home, I asked him 'Why are you fighting other people’s battles?' He answered me  ‘Well, it just didn’t seem right!’”

Robyn told me that Jay-D always seemed drawn to help the underdog.  “At a time when it was not cool for him to help the Down Syndrome kids in school, he would.  We were at the movies once and a man in a wheelchair was trying to gain access and the other teens were just watching.

It was Jay-D who stood up and helped the man open the door and find his way down the aisles.  He was just like that, always helping someone.”

The boy who fought other people’s battles grew up, discovering
his own tender interior.  “He taught himself how to play guitar, he loved ‘Sweet Home Alabama,’ which he played very well.”

After high school, Jay-D chose to enlist in the US Army, since career opportunities seemed more promising after finishing school.  “Jay-D wanted to get his life started,” Robyn said.  “He knew that if he enlisted he would be able
to earn money for college and get other opportunities.”

At twenty years old, he was enlisted, sworn in and enrolled in boot camp.  It was there thathe became a soldier.  “Once boot camp was over,” Robyn told me.  “Everything changed.  He was very focused on fighting for his country.
Shortly after, he was deployed to Bagdad, Iraq, where he served as a tanker gunner.  While the main gun is what most people think of when it comes to tanks, Jay D was part of the crew that operated the machine guns mounted outside.

With a heavy heart, Robyn told me about the day
her son was killed.  “It was actually supposed to
be his day off.  He wasn’t supposed to work that
day, but they needed him.  He agreed to go, not
only because he was part of a team, but also he
could apply that day to his next leave.”  Instead
of their usual tank, the team took a Hummer as
part of a convoy and made their way through the
streets.  On the side of the road, waiting, was the
enemy.  As soon as the company’s Hummer was
in range, the enemy exploded an IED –
an Improvised Explosive Device.

It was a massive tragedy.  Of the four soldiers in
Jay-D’s Hummer, three were killed.  The enemy
was fired upon by the surviving convoy and killed.
Retribution, or justice, does not satisfy.  War is truly hell.

“I was able to bury Jay-D in Sunset View, a
cemetery in Jackson,” Robyn said, after she
composed herself.  “It is a beautiful and peaceful place.”

Each Memorial Day, this Gold Star Mom has a
cherished wish: that Americans would stop and
remember what this day really is all about.
“I see the advertisements for the Auto Malls,
the shopping centers, and the grocery stores.
All of them say “Memorial Day Sale!”  I wonder
if they will honor any fallen Veterans there;
I think they won’t.  It’s all a money-making
opportunity then.” 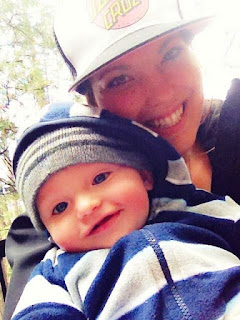 Knowing Robyn has changed the way I see Memorial Day.
I think about Jay-D a lot.  His sister (my daughter’s bestie)
has a young son that his Uncle Jay-D will never meet.
He’s a beautiful bundle of joy – named Jay-D.

“I love little Jay-D!” Robyn says when she speaks of her
grandson, her voice lifting with excitement.  “Morgan
shares him with me and I watch him every Monday!”

Everyone who has lost a person close to them know the
painful reality that life goes on.  While it does, it helps
to grieve with others.  On Monday, we all grieve together.
I will grieve with the Ornsby’s for their son; I will grieve
for all who fell in battle.

Our soldiers are more than men and women in uniform.
They are someone's baby, someone's spouse,
someone's uncle or aunt.  I will grieve the fallen;
I will celebrate the freedom that I have inherited
because of them.  After all, that is what Memorial Day is.
Posted by Brazen Princess at 2:25 AM

Email ThisBlogThis!Share to TwitterShare to FacebookShare to Pinterest
Labels: families who have lost loved ones serving our country, Gold Star Mom, Thank you to all of our Vets