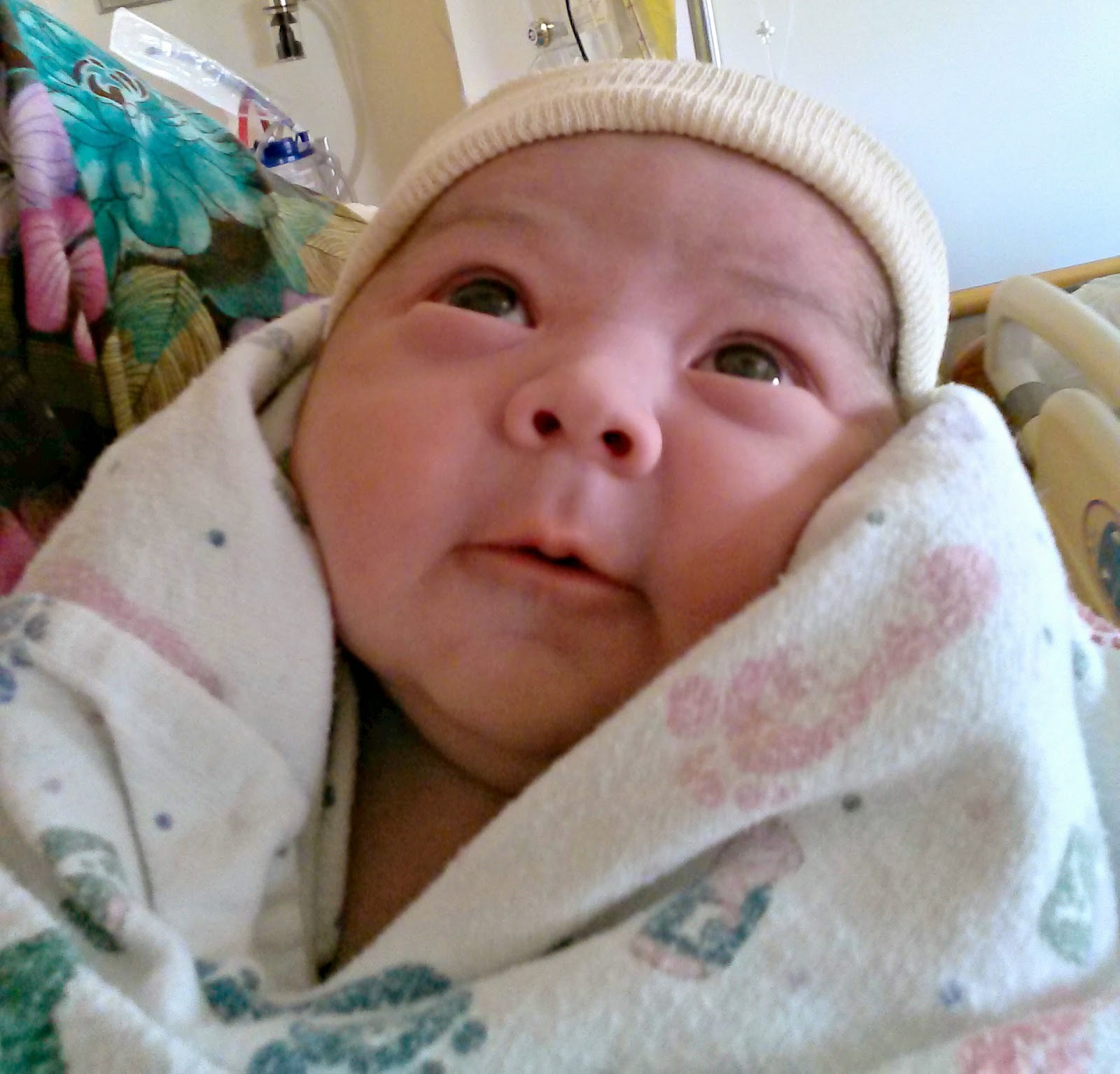 The day Rikki went into labor we took Bruno for a walk on the river trail.  Vince was working and we decided to stick close to home (Farmington) instead of visiting her family in Shiprock, like we planned.  Bruno is their overactive Boxer/Pug and I held him as he pulled against his leash as Rikki told me all about her childhood adventures on the river.

“When we were kids we used to ride the river from the top all the way down,” she pointed at the bridge and followed it all the way down to where we originated, the power plant.  I examined the river, running so fast that even Bruno was frightened of the current.

“Weren’t you scared?”  I thought of myself as a child, an excellent swimmer but taught to steer clear of rivers.

“No, it was fun.”Rikki seemed nonchalant about the adventure, even though she admitted her legs got pretty banged up when the water ran fast.

Twelve hours later, Rikki was on another wild ride, one that an old mother like me could never prepare a young mother like her for: a 36 hour labor.

Scarlett Star was the name they chose for their baby girl, and I was convinced that Psalm 29 was a good one to sing over her on the 29th of May.  It turned out that the baby was a little bigger than the doctors estimated and Rikki labored long and hard before she delivered our beloved Scarlett – nine pounds five ounces and twenty two inches long.  The doctors had told her one week before that the baby weighed six and a half pounds, so after we got over the shock of her size, we got on to the business of admiring her.

We basked in the glow of her.  We gathered around and stared, drinking her in.  I hugged Vince, now a father.  Rikki was happy but exhausted... I thought of my other granddaughters and wished for my own family to be around us, but text messages and instagram had to do.

“She’s beautiful,” I cooed, over and over again.  I saw both Vince and Rikki in her, things only a mother remembers about a grown man as a baby...

Tonight, I left them all to sleep.  Rikki hadn’t slept more than two hours in three days.  She was aching and sore and exhausted and ready for her own bed, but since Scarlett is a bit jaundiced and had an issue of low blood sugar, she needed to stay another day.

Vince is my most camera-shy child.  Before she was born, I knew Scarlett would be well-photographed and warned Vince that he would have to buck up and endure the camera.  He agreed, and what I put together on photobucket I have password protected so that only my blog readers can see.  Here is the link – the password is Scarlett.

A picture says a thousand words, so I’ll stop and let them do the talking. But I'll just say that Psalm 30 (a prayer to dedicate the temple) is perfect for her.


Psalm 30
A psalm. A song. For the dedication of the temple. Of David.
1I will exalt you, Lord,
for you lifted me out of the depths
and did not let my enemies gloat over me.
2Lord my God, I called to you for help,
and you healed me.
3You, Lord, brought me up from the realm of the dead;
you spared me from going down to the pit.
4Sing the praises of the Lord, you his faithful people;
praise his holy name.
5For his anger lasts only a moment,
but his favor lasts a lifetime;
weeping may stay for the night,
but rejoicing comes in the morning.
6When I felt secure, I said,
“I will never be shaken.”
7Lord, when you favored me,
you made my royal mountain stand firm;
but when you hid your face,
I was dismayed.
8To you, Lord, I called;
to the Lord I cried for mercy:
9“What is gained if I am silenced,
if I go down to the pit?
Will the dust praise you?
Will it proclaim your faithfulness?
10Hear, Lord, and be merciful to me;
Lord, be my help.”
11You turned my wailing into dancing;
you removed my sackcloth and clothed me with joy,
12that my heart may sing your praises and not be silent.
Lord my God, I will praise you forever.

Posted by Brazen Princess at 9:13 AM