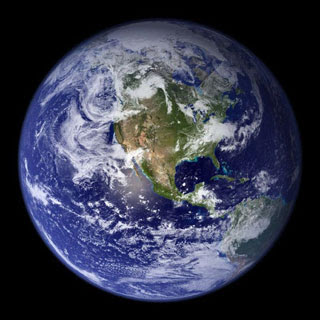 A friend of mine, a Christian pastor, once told me a story of a trip where his seat-mates on a plane refused their meal while he ate the chicken breast special that most airlines are famous for.

When he noticed they weren’t eating he asked why. The girl next to him, a small college student smiled.

“We’re not together,” she said, a little embarrassed. The man next to her only smiled. He then answered my friend’s question.

“I’m choosing not to eat.” He said, waving his hand in permission. “Go ahead and eat, I’m fasting.” At this, the girl between them perked up.

“No,” he said. “I’m actually a Satanic Priest.” My friend broke in to laughter over the joke...until he realized the man was serious.

The priest smiled and didn’t seem to be bothered by his reaction. “No one ever believes me,” he said. “They also believe that Christians are the only ones that fast.”

“Well, what are you fasting for?” the young girl ventured.

“I’m actually fasting to become one with the natural forces that will pull down the (Christian)church,” he said, sincerely. He mentioned a couple of pastors by name that he believed were against said natural forces and wanted their “just removal”.

The man continued, explaining that the world was made up of spiritual powers that most people don’t understand. He was clear, made good sense, and could have converted “an open-minded” thinker with his logic and wit.

After losing his appetite, my friend said, in an attempt at humor, “Well, looks like you guys are duking it out in the heavenly realms!”

The girl smiled, but was quiet.

The story has stuck with me my whole Christian life. It is significant to me because when I do fast, I know that the dependence on God arises in me and something of faith is released. I also know that there are heavenly realms that can be touched by prayer and fasting.

Fasting is a discipline practiced by most religions, as a sign of and self-denial, and dependence on a greater something. Buddhists, Satanists, Muslims, and Hindus fast regularly as a ritual practice to be become stronger inside.

Fasting is seldom without a purpose, and most Christians fast to become closer to God. It is also something modelled by Jesus, at the very beginning of his public ministry. We are given examples, like prayer and fasting, by Jesus, who is fully knowledgeable of what the human condition is.

Because of its unknown power in the heavenly realms, it is a tool of the Christian faith, especially for break-though.

I say all of this to remind myself, at the beginning of the year, that complete dependence on God is not only important, it is essential for my life...

It is my life.
Posted by Brazen Princess at 4:22 AM