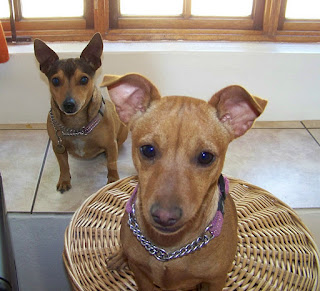 Today I came home from the gym and the little schnitzels were waiting for me to walk them, even though it is about 1000 degrees outside.  As I hooked their leashes into their collars, they yapped with such utter excitement that it made me laugh.  Such idiot dogs...
Such beautiful, joyful, loving, life-saving idiots.
Posted by Brazen Princess at 2:48 AM