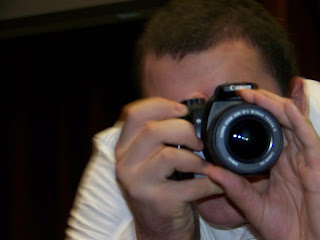 It is amazing to see what passes for news these days.  News, as we all know and have always known, is a fair report on something that cannot ever be objective.

For instance, if a small child is run over by a car, there are emotions at work before we know details.  Still, we want to know more.  This creates the desire for news.  It sells newspapers, gets the most hits on news sites and encourages water tank conversation.  It makes us turn the radio up louder in the car to hear the latest about what has happened to that poor girl; that poor family; imagine the driver- how he must feel.

News reports are increasingly chasing what makes us "feel".  Today in Johannesburg there are news stories galore: Neighboring Zimbabwe is awaiting word from their dictatorial leader on whether free elections will begin. A schoolgirl was found in a KwaZulu Natal township stabbed and thrown into the bushes by a passerby.  The Bafana Bafana soccer team had moved up in world rankings to 52nd.  In all of what I just said, if you are South African, you may have had your heart provoked by one of these.  Which one?  Politics? Death? Sports?


Let's try an American one:  Yesterday a science teacher in California  was explaining the dangers of sulfuric acid when he dropped a beaker containing the liquid, splashing it on himself and other students.   President Barack Obama is heading west on a five-state, four-day campaign swing, his longest of the season.  The October baseball season is heating up, with the Yankees lagging behind the Rangers.  Well?  How did you do??  Which headline made you read?


Now for the real attention getters:  Lady Gaga was pronounced queen of the airwaves yesterday in the UK, withofficially 275,00  spins on the UK airwaves - the most aired track being Bad Romance. , The Associated Press reported on Monday that a judge issued two $50,000 arrest warrants for the Randy and Via Quaid, who failed to appear for a court hearing, related to their arrests last month on suspicion they illegally squatted at the guest house of a Montecito home they once owned. Each Quaid faces a felony vandalism charge. Glee star Jessalyn Gilsig, famous for playing the slightly neurotic ex-wife on hit show Glee, is now becoming an ex-wife in real life as well. The 39 year-old Gilsig filed for divorce from her husband of almost six years, producer Bobby Solomon.  Cops were called to Katherine Heigl's house for an alleged a hot tub dispute between Heigl and her neighbors. Apparently the actress and her husband, musician Josh Kelly, were enjoying some quality time in their outdoor hot tub when a neighbor began "yelling profanities" at the couple for being too loud.


So this is today's "news".  The first two paragraphs are what I read on official news sites.  The Celebrity gossip paragraph is also from a reputable place online, that is if you consider celebrity gossip "news".


The truth is, that our news is no longer real.  It only is what we will read.  If we decide to read about the freed miners and their new found joy in life, the news sites (and newspapers) can tell.  They will print more and more and more...until we stop reading.  Then, a net is thrown out to see what else we are interested in.  And so it goes...


Today I have had a lot of big news.  I will not print it.  It is private...but I know that if I did print it you all would read it.  I have good news, life-changing news, bad news, sexy news, encouraging news...none of which I am at liberty to share.


It made me realize that most of our news is just gossip.  The fashionable news we read usually pertains to what we're into: art, music, sport, love, literature, churches, kids.


Posted by Brazen Princess at 6:55 AM