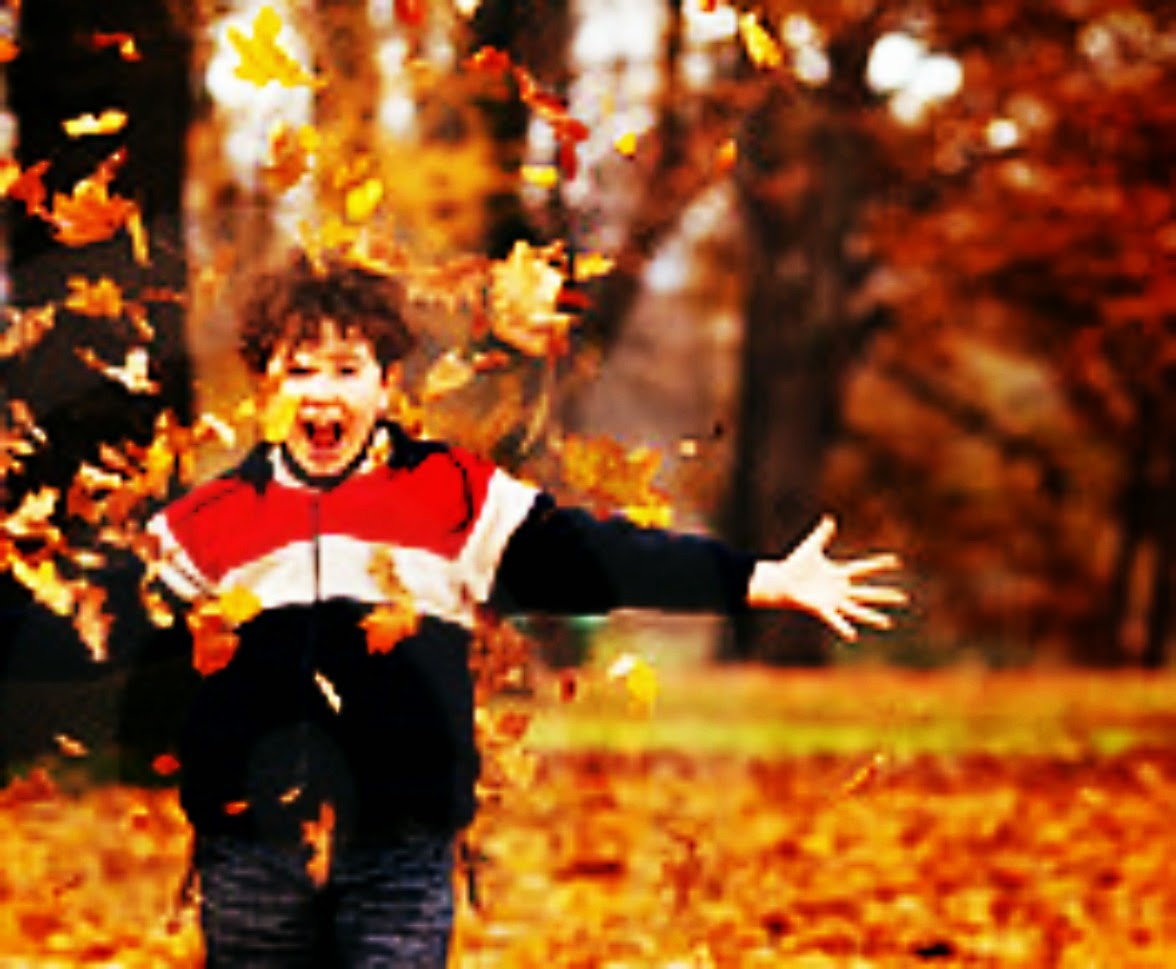 There is a tree outside my window that has leaves that are orange and red and yellow.  The tree is called Barney because when me and Daddy planted it he said we had to give it a name.  I said what about Barney and he said that sounds good.  It was right before he left us.

Barney was a green tree at first and had to be supported by big stakes, just like broom handles.  Daddy dug a big hole in the front yard and he was sweating.  I asked him if I could help and he said just hold that tree son and I did.  When it was time we put Barney into the hole and then covered him back up with dirt.  Mama came out of the house and said that the tree was planted too close to my window and not to be scared if the branches hit my window when the wind blew.  Daddy asked her how do you like the tree otherwise and Mama said its fine.  Then she went back into the house.

That was just before Arnie was born, my little sister.  I think she is cute and shiny but she poos a lot and Mommy is the only one who changes her.  I can’t change her because I can’t stand the smell of poo, even my own poo.  Daddy used to hold her until she pooed and then he’d hand her to Mommy.  She would say I sure would like some support around here she’s your baby too but Daddy said the smell made him gag.  I laughed at the face he made and I said it reeked to high heaven, which is what he usually said.   When I said that both Mommy and Daddy laughed and looked at each other, which was nice.  Then Daddy said you got that right son that diaper sure stinks but I love your sister. Arnie wiggled around while Mommy changed her and I went to find my tricycle.

Later Arnie learned to crawl and Mommie took me to a place called preschool where I met Ted and Tyler and we started a club that climbed on the monkey bars.  We are the climbing rangers, that’s the name of our club.  We like each other and we will not let girls join, which makes me a little sad because there is a girl Sarah who climbs the jungle gym all by herself when we are done.  I wish she could join our club but Tyler says no.

One day I came home from preschool and Mommie said we need to talk Ben.  She only said that to me one time before and that’s when Rodent my pet hamster died because I didn’t feed him.  I thought I was in trouble but then I saw she had my snack on the table like usual so I walked over there and sat down.  She made me chocolate chip cookies without wall nuts that day and there was a glass of real milk not almond milk for me to drink.  All of a sudden I realized I did something good.  Boy I thought she was gonna tell me something good.

Then Mommy told me that Daddy had moved out and he was going to live with Pop Pop and Grandma for awhile until they figured some things out.  I thought she was joking, so I put down my cookie and went to the closet and all his work boots were gone.  I looked back at her and she was crying which I hate. When she cries it makes everyone in the house sad.  Arnie was wiggling around in Mommie’s lap and trying to reach for my cookies, so I ran back to my place and took a bite of one and pushed my face close to hers, just to show her that it was mine.  Mommie said don’t do that Ben she’s just a baby and so I said sorry and sat back down.  Mommie stood up and blew her nose in the bathroom.  When she came back she sat down and she wasn’t crying anymore so I asked her who was going to mow the lawn.  Mommie said Daddy is still, which made me feel better because Mommie never has the energy to mow the lawn and I don’t know how to.  Besides, I get to help Daddy mow the lawn and Mommie brings us iced tea and its pretty fun.  We stand up and drink it together and say cheers and clink our glasses.  After a few sips of iced tea Daddy says are we ready to get back to work, son? And I say I guess and he starts mowing the lawn again and I look for rocks in front of the lawn mower.  It’s pretty fun to work with Daddy  and I think it would be bad if we couldn’t do it together.

Now at dinner time we eat without him and Mommie cooks spaghetti like normal or sometimes she makes masanya which is really good.  I feel bad for Mommie because she has to watch the news all by herself and say things like how about that to me instead of Daddy.  I’m hoping that she doesn’t want me to start watching the news with her - I can’t because it’s just like poo.  I can’t stand it.
Baby Arnie is starting to take her first steps and Mommie called Daddy three times and said if you want to see her first steps you better get over here but he didn’t come.  Daddy lives far away at Pop Pops and he drinks beer with him and Mommie says Daddy is busy too busy to see his kids.  I know she’s mad at Daddy but she’s nice to me and Arnie so that’s the way it has to be.

Last night Mommie came into my room and said it was supposed to storm and howl and the tree might hit my window.  I looked at Barney and all his leaves were so pretty but they were falling off.  I asked Mommy if Barney’s leaves were losing their coloring fill and she laughed.  She said where did you hear such a thing and I told her that Miss Jenny told us at school.  The leaves on trees turn orange and yellow because their coloring fill goes away.  Without coloring fill they cannot be green and make the air nice and they will fall off the tree.  Miss Jenny said this is called FO TO SIN THE SIS and in autumn we see the leaves change color because they are already dead.

Mommie was smiling at me and she shook her head and said my smart boy are you paying attention in class like you are sposed to and I said yes and she kissed me.  Then she got tears in her eyes and said -everything changes Ben everything changes.  I didn’t know what to say so I said that a square has four equal sides just to see if she would smile again but she didn’t.  She said if you get scared just come into my room and tell me.  I said I would but I wanted to tell her that I’m pretty big now and I don’t get scared anymore.

When she left my room I looked out at Barney and thought about how he lost his coloring fill and his leaves were already dead they were just hanging on.  They were good leaves but they had no choice – they had to die because trees have seasons and one day they’ll be back.

There’s been so much change this year for me and Barney.  I think about Daddy and how he and Mommie are living in different houses now but that’s the way it has to be.  Mommie gets sad when she talks about it and Daddy says there’s nothing I can do about it son Mommie just asked me to leave and I had to.  I think I notice that he’s gone the most on Saturdays because that’s when he was a Daddy, not every other day.

I wonder if I’m like Barney, losing my leaves and not knowing it because they were dead already. Day by day I’m changing and now it’s almost winter and I better get a coat soon or else I’ll be cold.  I’m glad I’m not a tree like Barney because soon he’ll be naked like all the other trees on the street.
Posted by Brazen Princess at 9:28 AM

Email ThisBlogThis!Share to TwitterShare to FacebookShare to Pinterest
Labels: 5 word challenge, change, childhood divorce, eyes of a child, hope, love, so much change this year, special thanks to Vanessa Whalley