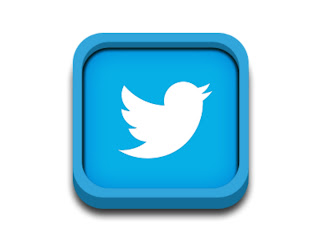 Last night I took a break from house shopping, thinking of loans and appreciating markets.  I sat down to watch TV with my beautiful husband and our roommates, Summer and Nicole.  On TV we were watching news (American news about American events).

For those who have been sleeping under a rock (or live in Nigeria), the Boston Marathon was interrupted by a home-made bomb which killed citizens (spectators at the event) including an eight-year-old boy.  The terrorist act was seen as especially reprehensible because of this.

Last night as we watched TV could tell something new was happening in Boston so we watched, only to see that the FOX news channel screen was loaded up with “tweets”.  I am used to only seeing this on my new smart phone or my computer screen.

Summer and Nicole told me that there is now “real-time” reporting based on twitter feeds.  Many news stations relied on neighbouring communities to be the eyes and ears before cameras were at the scene.  Sometimes, because of restricted access for the press, even after.

As Mario went to bed, I signed on to twitter and streamed the police scanner.  It was like I was in Boston – specifically Cambridge.  There in the elite suburb of Watertown - not far from where my father used to live.

This was better than news.  In my ears I heard the careful clear-text communication of squad cars communicating with central dispatch, eventually realizing that their communication with each other was being heard by the nation and becoming coded and careful.  For officer check-in they switched to a low band.

Below is an example of the twitteri from last night:

8.      Audrey Assad ‏@audreyassad15h
The Boston PD are risking life and limb for the people of #watertown tonight. Thank you, police officers everywhere, for your service.
Expand

10.    Craig Kanalley ‏@ckanal15h
Useful -- @dannysullivan has curated a list of Twitter users on the ground in #Watertown - http://bit.ly/15qxFHM
Expand

12.    Dane Cook ‏@DaneCook15h
Twitter is wayyyyy ahead of CNN or any other breaking news. #watertown
Expand

13.    Huffington Post ‏@HuffingtonPost15h
If you're trying to catch up on all the #Watertown / #MIT developments tonight, here's our live blog: http://huff.to/15l3OQH
Followed by Tastemade and 2 others
View summary

In my head I thought “I’ve finally figured out twitter…”  It wasn’t facebook  in a distant second place.  It wasn’t just a celebrity check in.  It wasn't just the literary agent networking site that I used to mistake it for.

Twitter has become Paul Revere riding through the streets of Boston warning them that the British are coming.  It is the whispers of the French Revolution.  It is the undeniable voices of prophets, thieves and widows networking to become more and more powerful.

In one tweet I saw something that made me laugh.  It was the voice of a young man who I can’t remember, saying “The police have figured out that the suspects are following twitter feeds and are responding accordingly.  In that case, come out!  No one will shoot!  Free donuts!”

Email ThisBlogThis!Share to TwitterShare to FacebookShare to Pinterest
Labels: Boston bombings, how twitter is changing the world