For most of my life I have been watching movies.

For half of my life I have paid attention to the Academy of Motion Pictures Arts and Sciences' Awards, also known as The Academy Awards, aka "The Oscars".  The trivia about the statue's name is that Academy's secretary, unimpressed by the design, said it resembled her Uncle Oscar.  The leading diva in those days, Bette Davis, was married to a man named Oscar, so upon receiving hers, she named him Oscar, after her husband.  Largely disputed who named the nude statue, it remains an example of how Hollywood can't agree on even the simplest issues surrounding the statue.


Still, the night that the statues are handed out in Hollywood has had a  history of fun, food and sharing stories in my life.  The talk that day has been of who should win, who WILL win, and who our personal pick is.  The buzzing is second to only the program: where for the last twenty years has been accompanied by a party.


Certain movies take me back to places in my life where I have been, some pleasant; some painful.  Their lines, actors, direction, cinematography and scores can conjure up emotion in me immediately reminding me of another period: 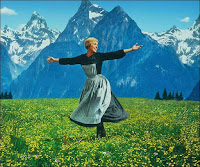 Sleeping Beauty: (I was 5) A yellow station wagon at the drive-in movies, where the three fairies descended in coordinating pastel sparkles and captivated me beyond my world;

Sound of Music: (10) My first trip to a walk-in theater where tears were hidden by darkness.  I was Maria;
The Hiding Place: (13) a school field trip that changed my life and called me to live beyond the normal, and be outrageous...for God; 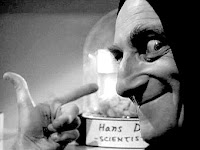 Young Frankenstein: (13)seeing it with my parents and seeing them laugh uncontrollably....it made me love Mel Brooks (the first director I ever noticed for directing); 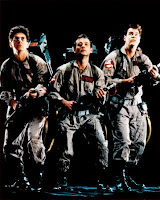 Kramer vs. Kramer: (16) a date movie I picked with a less-appreciating boyfriend who said the movie was boring and lacked flavor, Meryl Streep and Dustin Hoffman were the most amazing pictures of people.  I forgot they were acting....

Ghostbusters (21) I laughed so hard my boyfriend abandoned me at the movie theater... we later broke up.  I remember the day for the movie lines -- which were incredibly quotable and repeatable.


Amadeus (22) the first film of epic proportions that began my extreme love and appreciation for every facet of movie making....

You get the picture (no pun intended).  The films weave themselves in and out of memories of my life... and are lasting testaments of time.  A good film can make us punctuate our lives with it.  It serves as a marker, a historical landmark of where we were.

I think the reason I have grown in my love of film is that so many others, no matter what their education, economic status or religious affiliation share my love and enthusiasm of the medium.  I also have an uncanny ability to memorize movie lines without even trying, I think because down deep...it is the writing that I appreciate the most.

Some of you have known me so long that you can play the movie-line game with me.  Quote a movie line that we've both seen and I can (usually) tell you where its from.  It's not a precious talent, just a fun one.

Living here in South Africa, we are slower to get the Hollywood releases. No one really plays the movie-line game with me.  I don't know which films are showing in America, unless I watch American news shows.   The last film I have seen in the cinema here was "A Serious Man" by the Coens, and I just found out they directed and produced the new True Grit...so we'll see it soon.

I thought I'd miss the lifestyle knowing all about newly-released films and who made them more than I do... Cultures here are much different; values are very different.   It is difficult to explain, but you can't miss what is not heavily valued, unless it is sacred to you.

What I do miss is hearing my friends opinions about the newest flicks... and I really had a lot.  I miss Matt and Shannon hosting us for the Oscars with our private ballots... and Patrick and I playing "six degrees" before church.  I miss comparing films with Vince (also an oficianado) and Alicia (who can quote a funny movie line better than I can).

I miss going to the movies to be alone to see, Like Mia Farrow in The Purple Rose of Cairo, a world outside of my own, an escape for two hours that will stay with me all day.  I miss seeing films with Mario, and our friends... sharing a passionate look at the world , like with Hotel Rwanda; laughing it up (and almost wetting my pants) with them,like Meet the Parents, and seeing the super-quotables that have almost a peanut butter quality of guilt and protein at the same time...and can stick to you for years, like The Royal Tenenbaums.

This last week the Oscars aired one day after it did in the States, and a local movie channel showed it.   Mario taped it while I was at book club.

The whole thing was amazing.  I loved the dual hosts (Anne Hathaway reminds me of my friend, Nicole, and James Franco reminds me of my brother, Steve).  They were pretty hilarious...but not as good as Billy Crystal.

Last year I was dismayed about the more than 5 nominees for Best Picture...it made it even harder to choose.  What would we do at Matt and Shannon's???
Can you imagine how the limited releases are released here? "What the hell is The Hurt Locker?" I said to Mario the day after the awards last year.  I still haven't seen it.  Mario has.

The trailers for each release are available on youtube, and just recently I have watched a few.  The trailer for  The King's Speech made me well up with tears (not just because of its stellar cast or its incredible premise) but the writing and the score seemed beautifully coordinated. The Black Swan trailer is gorgeous and horrific at the same time, which, I understand is the world of the prima ballerina in the film.

Want to know a family secret?? (Lean closer to your screen while I whisper) Mario can't play the movie-line game...unless he quotes True Grit...the old True Grit.  How's the new one??

First-run movies have taken a back seat in my life... and it is surprising on Academy Awards Night.  Still, it is a life-change here I am required to accept.  I have stepped into a culture and a world that isn't as escape-oriented and that doesn't champion film the way Americans do.  I expected withdrawal, but instead, I found I can manage without the newest films here.  I can also get less upset by the Academy's choice for picture/actor/actress than I used to.

So, last Monday Mario and I watched the Awards he had taped...fast-forwarded the commercials and enjoyed ourselves.  There was no special candy (our family Academy Awards parties came with the privilege of our kids picking a large package of their favorite candy from the store, even Alicia, who has type 1 diabetes); there was no popcorn (my mom used to make Jiffy-pop...we had microwave bags with Butter!); no vibrating cushions (in Matt and Shannon's old house I sat on the floor and propped myself up against the most comfortable pillow-chair with a "magic massage" option) and no other friends.

Just me and my only American friend here...my best friend, watching a pre-recorded show with a bottle of slow red wine and sharing our feelings about all I've written here. 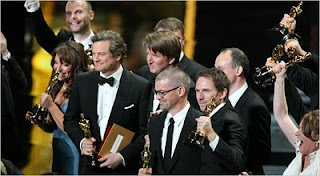 It was a good night.

I loved it.
Posted by Brazen Princess at 2:43 AM